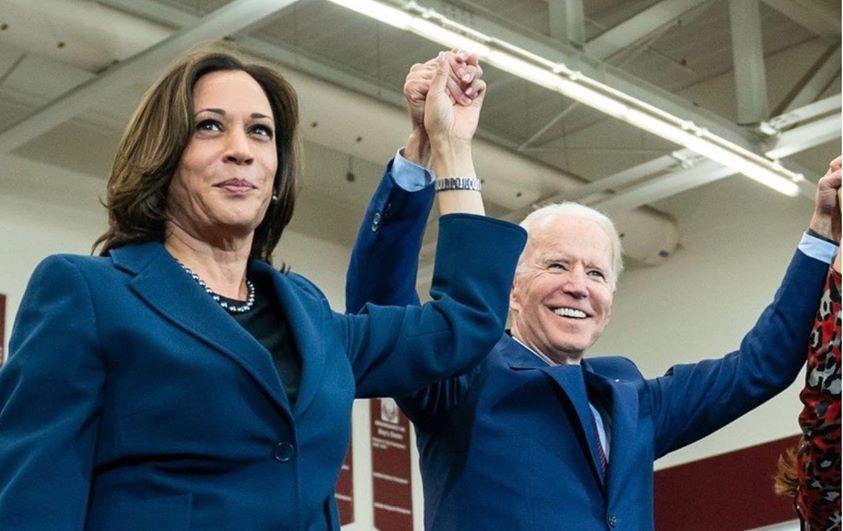 United States (U.S.) President-elect, Joe Biden, says his first task in office is to get the coronavirus pandemic under control.

Biden stated this in his acceptance speech, which he delivered before a crowd of supporters in his hometown of Wilmington, Delaware, on Saturday night.

“Our work begins with getting Covid-19 under control.

“On Monday, I will name a group of leading scientists and experts as transition advisers to help take the Biden-Harris Covid-19 plan and convert it into actual blue print that will start on January 20, 2021.

“That plan will be built on bedrock science. It will be constructed out of compassion, empathy and concern.

“I will spare no effort, none, or any commitment to turn around this pandemic,” he said.

Joined by the Vice President-elect, Kamala Harris, and their families, Biden said with the campaigns over, it was time for unity to build back better.

“The Bible tells us that to everything there is a season — a time to build, a time to reap, a time to sow. And a time to heal.

“The work ahead of us will be hard, but I promise you this: ‘I will be a President for all Americans — whether you voted for me or not’.

“I will keep the faith that you have placed in me. I pledge to be a President who seeks not to divide, but to unify,” Biden added.

The president-elect said he believed part of the mandate from American voters is for all elected public officers to cooperate in their interest.

Stating that this is the choice he had made, he called on members of Congress, regardless of party, to make the choice with him.

Biden acknowledged the support of the African American community, which he said stood up for him when his campaign was faltering.

“They always have my back, and I’ll have theirs,” he said.

Earlier, Harris thanked the American people for their confidence in the Biden candidacy, saluting their courage and resilience in the last four years.

“For four years, you marched and organised for equality and justice, for our lives and for our planet and then you voted!

“And you delivered a clear message. You chose hope and unity, decency, science, and yes, truth!

“You chose Joe Biden as the next president of the United States of America!,” the Vice President-elect said, describing Biden as a “healer, uniter, tested and steady hand.

According to her, the former Vice president is a “person whose own experience of loss gives him a sense of purpose that will help us as a nation reclaim our own sense of purpose”.