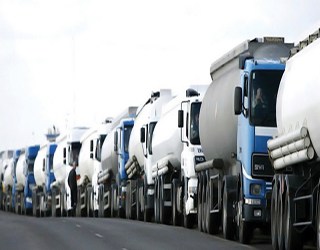 Deposit money banks in the country will not receive interest on loans linked to petrol subsidy taken by oil marketers between June 2017 and December 2018.

He said the information was from Godwin Emefiele, governor of the Central Bank of Nigeria.

“The CBN governor has said that banks will not charge interest for loans linked to subsidy debt from June 2017 to December 2018,” he said.

In December, the federal government announced that it had reached an agreement with oil marketers to pay the first tranche of subsidy debts through promissory notes.

DAPPMAN had rejected the use of promissory notes insisting that it wanted the debt paid in cash.

“Unfortunately based on the FG, failed promises to address the sovereign debt which was then less than N350 billion, it has grown to over N800 billion and still Federal has yet to pay,” it said.

“We emphasise that FG’s proposed payment of promissory notes is not acceptable to DAPPMAN. We want our money paid in cash.”

On December 9, DAPPMAN announced that it would shut down all loading operations but it rescinded on the shutdown and gave the federal government some more time to pay the debt.

Wike: Buhari’s government is worse than the military’s