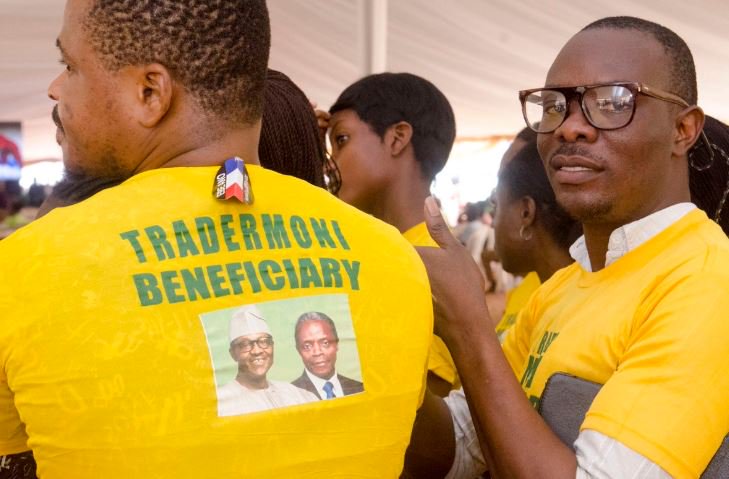 The Bank of Industry (BoI) has begun to disburse loans of N15,000 to Tradermoni beneficiaries who have repaid their first N10,000 loan.

In a statement released on Thursday, the bank said it has recorded high repayment of loans which it attributed to a flexible weekly loan repayment plan of N430 per week.

According to the bank, beneficiaries paid back using PayDirect made available at commercial bank branches across the country and through repayment scratch cards procured from TraderMoni agents deployed across 2,260 markets.

The federal government had set up the Government Enterprise and Empowerment Programme (GEEP) to improve funding made available to small and medium scale enterprises.

Data from the BoI showed that SMEs in the country received 0.04% of banks loans in 2017 despite employing 84% of the workforce.

“Through its signature products — MarketMoni, FarmerMoni, and TraderMoni — the programme has reached over 1.5 million Nigerians through small loans. These loans, starting from N10,000 up to N300,000, have helped beneficiaries to transform their businesses,” BoI said.

“If these beneficiaries repay their first loan as promised, they immediately qualify for the second level N15,000 loan.

“After repaying the second loan, these beneficiaries will qualify for N20,000 loan, then N25,000 loan, and finally they graduate into the MarketMoni loan program where they can get up to N100,000 interest-free, collateral-free loan.

“Despite the fears of traditional lenders on giving loans to MSMEs — in part due to lack of formal identification, limited financial track record, and no collateral — TraderMoni continues to achieve success with loan repayments.

“By requiring that beneficiaries seeking higher loan amounts provide a bank account (and BVN), the TraderMoniGEEP entrepreneurs will be on-boarded into the formal financial services sector.”

Aishetu Adamu, a condiment and medicine seller at Bolori market Maiduguri, capital of Borno state, is one of the beneficiaries of the initial loan of N10,000 that migrated to the next phase.

She said the initial loan was helpful in promoting her business which was the major reason her repayment was prompt.

She is part of the many beneficiaries in Lagos, Osun, Kano and Borno who have paid back their first, and gotten their second level loans.

Akwa Ibom flags off state-owned airline– no commercial activities yet