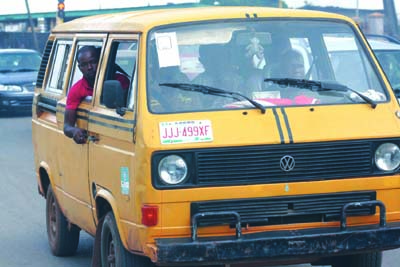 The attack, which was said to have occurred around 3am, claimed the life of the man identified as Shakiru, while his wife and six-month-old baby, who were critically injured are in a coma at the moment.

The victims were said to have been rushed to the Ikorodu General Hospital, from where they were referred to the Lagos State University Teaching Hospital, Ikeja.

The Lagos State Police Public Relations Officer, SP Chike Oti, in a statement on Sunday, confirmed the murder, adding that the command was on the trail of the fleeing suspects.

He said, “The Lagos State Police Command hereby acknowledges the murder which took place on December 30, around 2.30am, at Abule Osorun, Ibeshe, Ipakodo, Ikorodu, Lagos State.

“Sequel to the murder, the command wishes to state that the joint Police/Community Vigilance Services earlier set up by the Commissioner of Police, Edgal Imohimi, and a team of policemen from the Ipakodo division, rose to the occasion by moving swiftly to the scene of crime, rescuing the victims and rushing them to the General Hospital Ikorodu for treatment.

“Unfortunately, one of the victims, Mr. Sakiru Yekini, died later. It is also important to note that one of the suspects was arrested at the scene and his confession has led to the arrest of four other suspects who took part in the crime.

“Investigation is in full swing and further developments on this and other events would be disclosed by the Commissioner of Police during his next press briefing.”