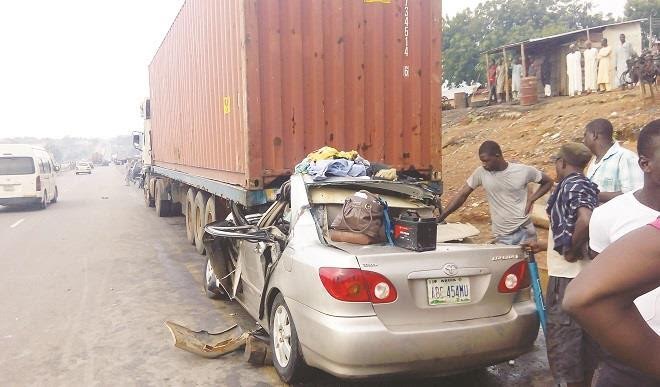 A baby has been reported dead while several others were injured, in an accident on Kara bridge along Lagos-Ibadan expressway.

The accident occurred on Wednesday morning.

It was gathered that the trailer hit the motorcycle conveying a woman and her baby, killing the baby and injuring the mother in the process.

The trailer, thereafter, plunged into the river with the head of the truck.

According to an Eyewitnesses, the accident was caused by the driver of the trailer.

FRSC confirmed to Channels Tv that the dead and injured have been rushed out from the scene of the accident for treatments.