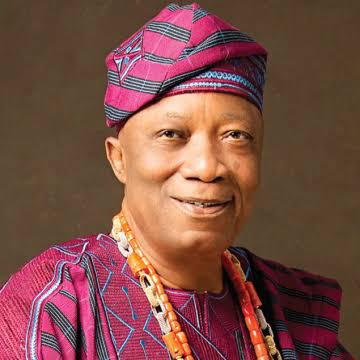 For days now many have passed judgment on the person of Chief Adebutu Kessington (popularly known in business and social circles as Baba ijebu) over the leaked phone conversation between him and late Senator Buruji Kashamu.

In the video, the late billionaire could be heard telling Baba that he was ill and asking for forgiveness. He also asked for a chance to right his wrongs. People say Baba’s body language was horrible while others say the video should not have been released.

I write on the strength of knowledge many do not have on this issue. I do not blame Baba Ijebu one bit for recording the conversation. Buruji was a slippery person, one whose words could not be his bond, as we all know from the hundreds of cases of examples over business and politics.

On the issue of the video being released, Baba could not have released the video on social media since he does not even have a social media account, but I agree Baba and his wife should have been more careful with the video. He cannot however be held culpable for the misdemeanor of another.

Those who have taken it upon themselves to hurl insults at an 83-year-old man, without any information on the way Buruji, may his soul rest in peace, battled him in the last three years, including a petition to EFCC and countless court cases to disrupt his business, should tell me what Baba should have done with the shocking call. All Baba asked was if Buruji would withdraw the cases and stop fighting him. Was that too much to ask? And Baba said he has forgiven him as God is the only one who can forgive us all.

Those pushing different agendas and conspiracy theories should allow Buruji Kashamu to rest in peace.

K1 Blazes Another Trail With New EP Fuji The Sound