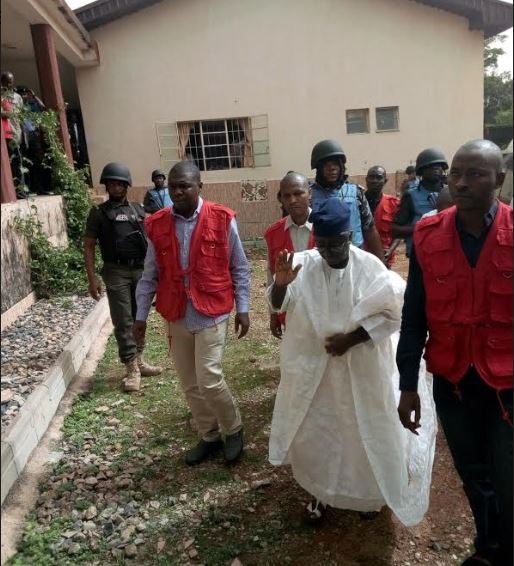 Their visits came about five days after Justice Daniel Longji of the Plateau State High Court in Jos ordered Jang’s remand in the prison custody after being arraigned by Economic Financial Crime Commission (EFCC) on a 12-count charge of alleged corruption and misappropriation of N6.3 billion .

Among those who visited Jang in prison included Chief Chris Giwa and other prominent members of the Peoples Democratic Party.

Others include his colleagues in the National Assembly.

It was gathered that most of the politicians during their visit, donated money to the prison for the welfare of the inmates.

During the interdenominational church service held on Sunday, Jang was said to have prayed and preached to the congregation which had almost all the commissioners who were in his cabinet in attendance.

He was said to have settled the backlog of electricity bills and settled fines for over 50 inmates.

Jang, a serving senator, allegedly embezzled special funds released to the state by the Central Bank of Nigeria, CBN, two months to the end of his tenure as governor in 2015.

He was specifically alleged to have pocketed N2billion released by the CBN for disbursement to small and medium scale enterprises in the state under the Micro, Small and Medium Enterprises Development Funds, MSMEDF, just a month before the expiration of his tenure in April 2015.

The former governor was also said to have abused his office as the governor by collecting money to the tune of N4.3billion from the state coffers through the cashier in the Office of the Secretary to the State Government, Yusuf Gyang Pam.