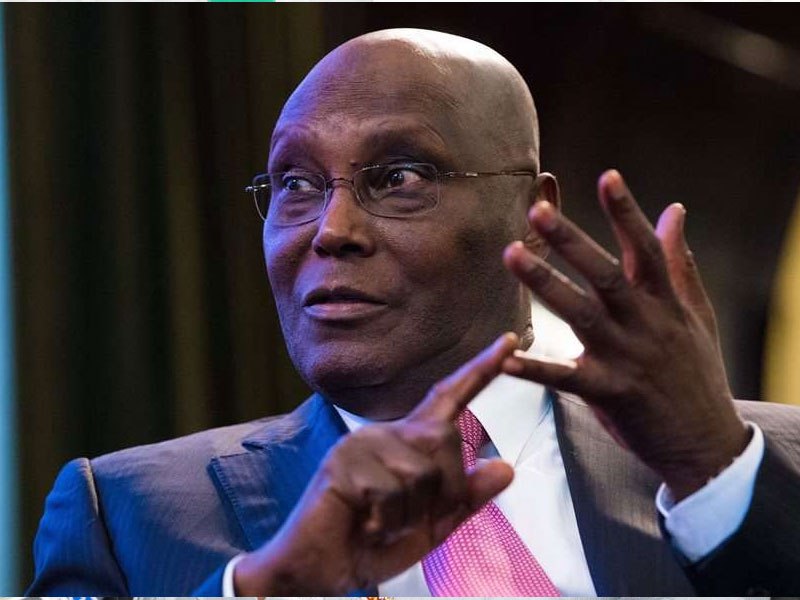 The Peoples Democratic Party presidential candidate, Atiku Abubakar, has issued a swift reply to Vice President Yemi Osinbajo, insisting that history must not be distorted for political expediency.

Mr Osinbajo on Saturday accused Mr Abubakar of being disingenuous with his campaign on restructuring Nigeria, saying he was amongst the earliest proponents of restructuring even at a time Mr Abubakar was frustrating the cause.

Mr Osinbajo, who spoke at the University of Ibadan, said Mr Abubakar was amongst those who “opposed every step” which himself and other restructuring elements took to give states more control over generated revenues, especially from oil and other natural minerals proceeds.

“Of course, we were taking the Federal Government to court then. They opposed every step,” Mr Osinbajo said while specifically alluding to Mr Abubakar.

The latest shot comes weeks after Mr Osinbajo sparred with Mr Abubakar over the matter, with both accusing each other of being insincere and politicising the debate.

Mr Osinbajo had accused Mr Abubakar of being a latter-day proponent of restructuring, saying he sought creation of state police during his tenure as attorney-general of Lagos State.

In his response, which came on Sunday morning, Mr Abubakar decried Mr Osinbajo’s allegation against him, saying he has an unblemished track record as a restructuring Nigeria advocate.

Mr Abubakar has prioritised restructuring among his campaign promises to Nigerians, despite little evidence that even his party subscribes to the idea.

Mr Abubakar says restructuring would help the country’s federating units (states) chart their individual course towards prosperity, saying it is more effective than the current practice that appears to put the federal government in firm control of virtually everything.

Many Nigerians, especially from the North, view restructuring with suspicion, amidst fears that it could lead to the country’s disintegration.

Read the full statement from Mr Abubakar’s campaign office below:

Again, Professor Osinbajo Is Being Economical With The Truth

The Vice President of the Federal Republic of Nigeria, Professor Yemi Osinbajo (SAN), is being economical with the truth in his statement that former Vice President Atiku Abubakar was against restructuring while in office between 1999 and 2007.

Speaking at a public lecture, entitled: ‘Developing the Nation through Youth Empowerment’, as part of activities marking the 68th anniversary of the Sigma Club, University of Ibadan, Professor Osinbajo said:

Given that restructuring has become the major issue in the 2019 elections and given that Prof Osinbajo and his boss have been speaking discordant tunes on restructuring, we can understand their desperation to revise history, however, it is impossible to revise documented history.

Professor Osinbajo needs to be reminded that there are well documented accounts in the Nigerian media chronicling Atiku Abubakar’s support and struggle for restructuring.

To set the records straight, we recommend to Professor Osinbajo the article ‘Nigeria: 6-1 Onshore-Offshore Jurisdiction Verdict’ written by Jide Ajani, then the Political Editor ofVanguard Newspapers and published on July 13, 2001.

In that piece, which is still available online (see linkhttps://allafrica.com/stories/200107130417.html), Vanguard newspapers chronicled the successful efforts of His Excellency, Atiku Abubakar, to restructure the revenue allocation formulae to allow littoral states of the federation benefit from off shore oil proceeds. Ironically, it was precisely Mr. Osinbajo’s boss, Muhammadu Buhari, who as military dictator, cheated these states of their just due by military fiat.

It is also common knowledge that the six geopolitical zones structure which all parts of Nigeria benefit from today is the fruit of the collaborative efforts of His Excellency, Atiku Abubakar, the late Alex Ekwueme and other patriots.

Their efforts at restructuring Nigeria are captured in the Hansard of the 1995 Constitutional Conference, which is a public document and is still available at the Office of the Secretary to the Government of the Federation. Professor Osinbajo may want to familiarise himself with that document.

The question we want to ask Professor Osinbajo is this – why do he and his boss constantly resort to rewriting history? Why can they not campaign on their achievements? Is it that they are forced to campaign on subterfuge because they have no achievements to campaign on?

President Buhari and Vice President Osinbajo promised to make ?1 equal to $1. They vowed to create three million jobs per annum. They promised to pay the unemployed a “job seekers allowance”. They said subsidy was a scam. They also said that they would defeat Boko Haram.

Nigerians want to know if these promises have been kept. They are not interested in fairy tales about how Atiku Abubakar did not support restructuring because they know that he is and was and will always be an active promoter of restructuring.

Everywhere he goes to campaign, Atiku Abubakar has used temperate and respectful language on both President Buhari and Vice President Osinbajo. He has campaigned on his record of achievements, which include the 50,000 jobs he has created in his private capacity, and on his policies and plans to Get Nigeria Working Again.

We recommend this form of decent politicking to Prof. Osinbajo, even as we urge him to remember that as Vice President, his words matter.