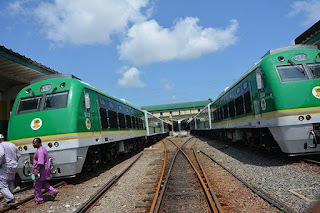 Fresh information from credible sources have revealed that the terrorist attack on an abuja- Kaduna train with about 970 passengers have been successfully repelled by the brave officers of the Nigerian Army who we gathered were onboard.

The Abuja-Kaduna Train was said to have been attacked this night, sporadic gunshots were reported.

We gathered that the incident occurred  few minutes away from Rigasa., Kaduna. “The train was attacked just after Rijana train station. Attack was repelled and reinforcement done” said a source.

You are a leader of leaders, Senate President hails Asiwaju Tinubu @70