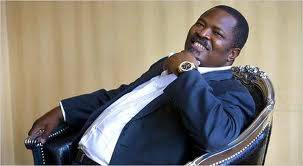 SaharaReporters has learned that equipment belonging to Arise TV in New York City was seized sometime last year as part of a dispute, according to confidential sources speaking with our correspondent.

This is the latest development in an ongoing controversy involving Arise TV and its owner Nduka Obaigbena, who has been accused by Nigerian law enforcement authorities of accepting stolen money from former National Security Adviser (NSA) Sambo Dasuki. SaharaReporters has previously reported that Mr. Obaigbena accepted this stolen money to support former President Goodluck Jonathan in his reelection campaign in 2015.

Last week, news broke that Arise TV in London had gone off the air with little explanation coming from the corporate hierarchy about the causes. These developments followed the news in December 2015 that Mr. Obaigbena, in the capacity of Chairman and Editor-in-Chief of Thisday newspaper, accepted N670 million from Mr. Dasuki.

A SaharaReporters correspondent in New York spoke with a source with knowledge of Arise TV’s operations in the United States. This source, who did not want to be named, did not want to disclose detailed information but did explain that “whatever equipment [Arise TV and Mr. Obaigbena] had has been seized.”

This individual refused to specifically address whether he was legally obligated to not offer public comment about the situation. They, however, added that our correspondent’s inquiries into the matter “are small” compared to the larger situation, referring to the money Mr. Obaigbena accepted from Mr. Dasuki.

Related Topics:Nduka Obaigbena
Up Next

Olisa Metuh charged for ‘destroying own confessional statement’, sent back to prison