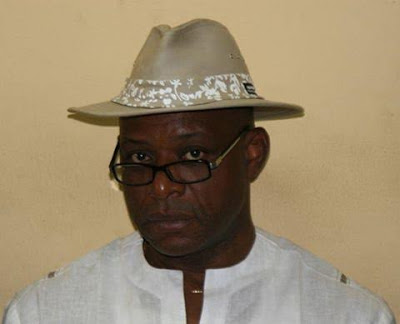 The Court of Appeal Lagos Division has discharged an acquitted former Director General of Nigerian Maritime Administration and Safety Agency, NIMASA, Temisan Raymond Omateseye who was in May 2016, convicted by a Federal High Court in Lagos,over an alleged N1.5 billion fraud.

Omatseye was in May 2016 sentenced to 5 years imprisonment after he was arraigned on a 27-count charge bordering on alleged contract variation, bid rigging and awarding contract above his approval limit while he was NIMASA boss.

Omatseye was also tried for approving contract above the threshold level of the agency. Counsel to Omatseye filed an appeal against the Federal High Court ruling. Delivering judgement on his appeal today May 11th, the presiding Judge, Justice ?Yargata B. Nimpar, set aside the May 20th 2016 judgment that was delivered by Justice Rita Ofili-Ajumogobia which convicted him. Justice Nimpar held that the trial court did not properly evaluate the evidence during his trial

“The long and short of it is that, the appeal succeeds. The prosecution should not ride roughshod over the Constitution. The judiciary will do the war on corruption more harm by declaring someone a criminal, where no offence has been committed ? I find merit in the appeal. The lower court judgement is hereby set aside and the appellant is hereby discharged and acquitted.” – Justice Nimpar said

May Day: Lagos Speaker Obasa Greets Workers, Says They Are Partners In Progress With Government