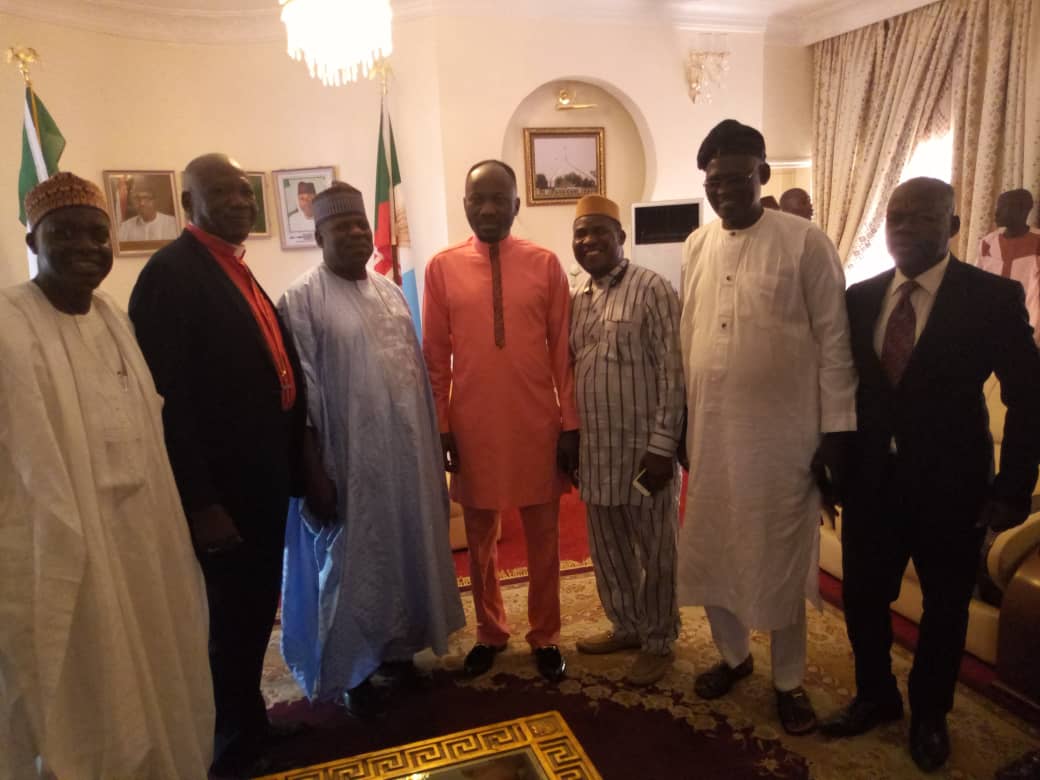 Fresh from Boston, the state of Massachusetts in the USA where he’d taken the city’s edition of the soul-winning, life restoring ‘The Supernatural’ crusade, servant of God and senior pastor at the Omega Fire Ministries (OFM) worldwide, Apostle (Prof.) Johnson Suleman, landed in Yola, Adamawa State, Nigeria, for the next leg of the Apostolic mission.
For Apostle Suleman, Adamawa was like homecoming, as he was well received by not just members of the OFM Adamawa, even leaders from various arms of the state government and communities welcomed him with open hands.
The ‘Oracle of God, Suleman, in his natural element, mounted the podium at the crusade venue, preached the Word of God with power of anointing and liberation as well as delivering messages of warning and hope addressed primarily to the nation and her leaders.
Leaders who welcomed Apostle Suleman to Yola were led by His Excellency the Deputy Governor, Mr Martins Babale. The list also include the secretary to the state government, Dr. Umar Bindir, the state’s PFN chairman, among other top government functionaries.
As the Yola conference enters its second day, the Holy Spirit swept through the congregation causing the glory of God to rest upon everyone. There were tremendous miracles with hundreds of participants giving their hearts to Christ and having their lives restored both physically and spiritually.
It was indeed a worthwhile experience for the congregation as the audience hungry for divine impacts were eager for the tangible presence of God in their lives that is evident with Apostle Suleman.
Expressing joy on behalf of the state government at the presence of the servant of God, the SSG thanked him for finding the state worthy of the two-day live-changing mission. The SSG, who spoke extensively on various issues of Christianity concern, also appealed to the servant of God to at all time encourage his congregation to be enterprising and peaceful.
Suleman later prayed for the people of Adamawa, its elected leaders, proclaiming liberty and asked for peace across the land.
Related Topics:
Up Next

True Story of what happened in Ekiti