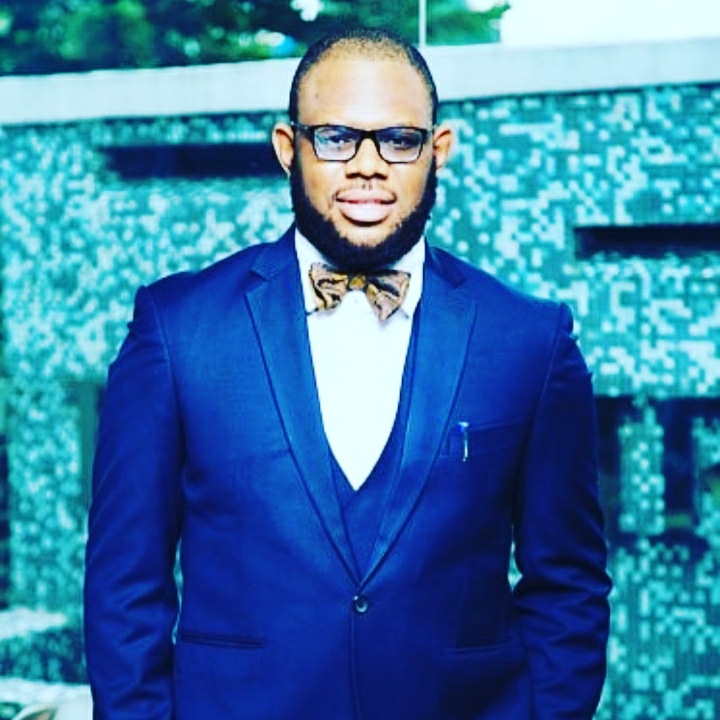 In this article, Ogbonna Ckuwumerije of Pinheiro LP examines the operation of anonymisation of court proceedings in the United States and European Union as well as the need for a review of the rules of our various Courts in Nigeria.

The openness of judicial proceedings is a fundamental principle enshrined in Section 36 of the 1999 Constitution (the right to a fair trial). This underpins the requirement for a claimant, defendant and witness to be identifiable not only to the parties in the suit but also to the open court. It supports the ability of the defendant to present his case and to test the prosecution or claimant’s case by cross-examination of the witnesses.

The principle of open justice can sometimes act as a bar to criminal prosecutions particularly in rape, homicides and other organized crimes. Witnesses may be apprehensive of the fact that in the event that their identities are disclosed to the Defendant, the Defendant’s associates or the public in general, then they, their families or friends will be at risk of serious harm. The risk present in the open justice principle extends to civil matters, particularly cases bordering on divorce, medical status or mental health where the disclosure of the name of the parties can lead to the possibility of them being ridiculed, mocked and or derided by the public.

Recognising this, Section 36(4) (b) of the Constitution of the Federal Republic of Nigeria ’99 makes exceptions to open justice system where the court or tribunal is satisfied that it would not be in the interest of the public for any matter to be publicly disclosed. This position has been supported by recent enactments, however, the Nigerian approach leaves more to be desired. The recent enactments made by the National Assembly failed to make provisions for the possibility of commencing a suit in a pseudo name and/ or anonymously in deserving cases as is being done in other jurisdictions.

The concept of anonymity of court proceedings:

Anonymity in court proceedings goes with privacy or secrecy in proceedings. It is a means of balancing the right of a person to privacy with the justice principle of fair hearing.

Where a person considers it pertinent that certain personal data relating to him or her should not be disclosed in published material relating to a case brought before the Court, such person may apply to the court that he or she be granted anonymity in the context of that case. Anonymity can be in form of private proceedings, use of initials instead of the full names of the party seeking privacy. An essential consideration in favour of non-disclosure is the desire to have cases heard on their merits and that litigants should not be hindered by fear, ridicule, derision or shame. The reality is that many persons will rather forgo the vindication of their rights than have details of their private lives and personal medical facts open to public scrutiny.

2.0. Scope of anonymity in the Nigerian legal system

Section 36(4) (b) of the Constitution of the Federal Republic of Nigeria 1999 provides that where the court or tribunal is satisfied that it would not be in the public interest for any matter to be publicly disclosed, such matters can be held privately.

Non-disclosure of sensitive data of victims of certain offences and or witnesses in certain proceedings has been recognised by Section 232 of the Administration of Criminal Justice Act, 2015 which relates to criminal proceedings, specifically sexual offences, terrorism, trafficking and economic and financial crimes. Also, the practice of anonymising the full names of witnesses in Statements on Oaths to be used as evidence at the trial of election matters/petitions in Nigeria, usually to protect their identity, has become accepted and established by the Election petition Tribunals and endorsed by the appellate Courts. See Joseph v. Labour Party (2015) LPELR-42145 (CA), Orji & Anor v. INEC & Ors (2020) LPELR-49525(CA).

However, there are no provisions for other sensitive matters like medical status, mental health and divorce proceedings which sometimes involve facts which the petitioner may be unwilling to disclose to the public due to the reputational damage and possible societal stigma that may follow. More importantly, there are no provisions for the anonymization of the names of the person and/ or parties intending to commence the action and the need to conceal their identities and/ or sensitive data when judgment is being delivered and/or published.

It is important to state that Section 36(3) of the 1999 Constitution provides that the proceedings of a court or any tribunal relating to the matters mentioned in subsection (1) of this section (including the pronouncement of the decisions of the court or tribunal) shall be held in public. Also, Section 294 of the Constitution enjoins the Court to furnish each party with a copy of the judgment upon the conclusion of proceedings. The import of the above is that once a person is party to or witness in a suit, sensitive or personal data relating to the person become public knowledge, and in the language of the law, knowledge to the whole world.

3.0. Comparative analysis of anonymization provisions in Nigeria and other jurisdictions

The United States generally operates an open court system in line with the principles of fair hearing. As a default, a fair trial is an open trial. US Federal Rules of Civil Procedure, Rule 10(a), 2019 states that the title of the complaint must contain the names of all the parties.

American Courts have made it clear that the right to an open trial may give way in certain cases to other rights or interests such as the defendant’s right to a fair trial. Therefore, litigants are allowed to proceed anonymously or under a pseudonym in limited circumstances when non-disclosure is necessary to “protect a person from harassment, injury, ridicule or personal embarrassment.”

Rule 5.2., Federal Rules of Civil Procedure permits privacy protection for filings made with the court pertaining to minors. It states that: “Unless the court orders otherwise, in an electronic or paper filing with the court that contains an individual’s social security number, taxpayer-identification number, or birth date, the name of an individual known to be a minor or a financial-account number, a party or non-party making the filing may include only: (1) the last four digits of the social-security number and taxpayer identification number; (2) the year of the individual’s birth; (3) the minor’s initials; and (4) the last four digits of the financial-account number.”

3.1.1. Balancing the Right of Privacy with Public Interest in the United States of America:

Some circuits have adopted a balancing test to determine the specific circumstances that will warrant the grant of anonymity. Some of these factors include;

.The severity of the threatened harm;

.The reasonableness of the anonymous party’s fears;

.The anonymous party’s vulnerability to such retaliation;

.Whether the public interest would be best served by requiring that the litigants reveal their identities.”

The first two factors are deemed the most important and are generally considered together.

The possible argument that may erupt on the basis that court proceedings and documents ought to be accessible to the public in view of the vital role they play in the society can be rebutted by demonstrating that the danger and/ or derision which the Plaintiff/Claimant may likely face in the event that the suit is not commenced anonymously exceeds public interest as explained in some cases below.

In the case of Lauren B. v. Baxter International Inc. & Subsidiaries Welfare Benefit Plan for Active Employees, 298 F.R.D. 571, 573 (N.D. Ill. 2014) which involved a claimant who was seeking reimbursement for medical expenses relating to residential treatment for an eating disorder (a serious mental health condition), the court permitted the plaintiff to litigate under a pseudonym. “In this instance,” the court explained, “that balancing of harms favours Lauren’s opposition to the motion – there are indeed ‘compelling reasons of personal privacy’ at issue. Lauren’s response confirms that her severe mental illnesses, including but not limited to the long-standing eating disorder from which she suffers, create death risks and a threat to her recovery which public disclosure would entail”. The above is truly the exceptional case that rebuts the general presumption referred to earlier, in view of the identified harm and risk of harm to Lauren that public disclosure may cause.

Also, in Doe v. County of Cook, the Court held that in a few cases, justified interest in privacy warrants non-disclosure of a litigant’s name. Also, in Doe v. City of Chicago, 360 F.3d 667, 669 (7th Cir. 2004), the court held that judicial proceedings are supposed to be open. The Court went further to hold that the presumption that the parties’ identities are public information and the possible prejudice to the opposing party from concealment can be rebutted by showing that the harm to the plaintiff… exceeds the likely harm from concealment”.

It is important to state that the Courts in America have also refused to grant applications seeking to commence actions anonymously in non-deserving cases. See the case of Doe v. Amazon, 2011 WL 13073281(W.D. Wash. 2011)where an actress sued Amazon claiming that a database it owned, IMDB.com, improperly disclosed her age and that if her age was known, she would become blacklisted in the film industry. The court in its ruling against the actress found that while embarrassment, ridicule and retaliation were serious harms, the threat was insufficient to allow her to proceed anonymously. See also A.G. v. Unum Life Insurance Company of America, 2018 WL 903463 (D. Ore., Feb. 14, 2018).

The Position under the European Union:

The Court of Justice of the European Union ensures that when acting in its judicial capacity, the principle of open courts and public information is reconciled with the protection of personal data of the persons mentioned in cases brought before it.

The court allows for a person to contact the Court of Justice requesting the grant of anonymity where such a person considers it necessary that certain personal data on him or her should not be disclosed in published materials. However, for such a request to be considered, it must be made at the earliest possible stage of the proceedings.

Also, where anonymity has been granted by the referring court or tribunal, the Court of Justice will respect that anonymity in the preliminary ruling proceedings pending before it (Article 95 of the Rules of Procedure of the Court of Justice). After the request for a preliminary ruling has been lodged, the Court can also anonymize the case of its own motion or at the request of the referring court or tribunal or of a party to the main proceedings.

Where anonymity has been granted by the General Court in a case against which an appeal has been brought before the Court of Justice, the latter will as a rule respect that anonymity in the proceedings pending before it. Article 190(3) of the Consolidated Version of the Rules of Procedure of the Court of Justice 2012 provides for anonymization in appeal cases. At the duly reasoned request of a party to the proceedings or of its own motion, the Court may, if it considers it necessary, also replace the name of one or more individuals mentioned in the context of the proceedings with random initials.

Recommendations for the Nigerian System:

The civil procedure rules of the various courts in Nigeria need to be reviewed to allow parties, in deserving cases, commence an action in a pseudo name or anonymously. · Anonymity should be granted by the court where the right to privacy outweighs public interest and possible consequences of undisclosed identity. · In line with European Union practise, a request for anonymity must be made EXPARTE at the earliest possible stage of the proceedings.

Chukwumerije is a team lead at Pinheiro LP, his core areas of practice and interests are Intellectual Property Law and Technology Law.

Wars and Rumours of War, by Femi Adesina