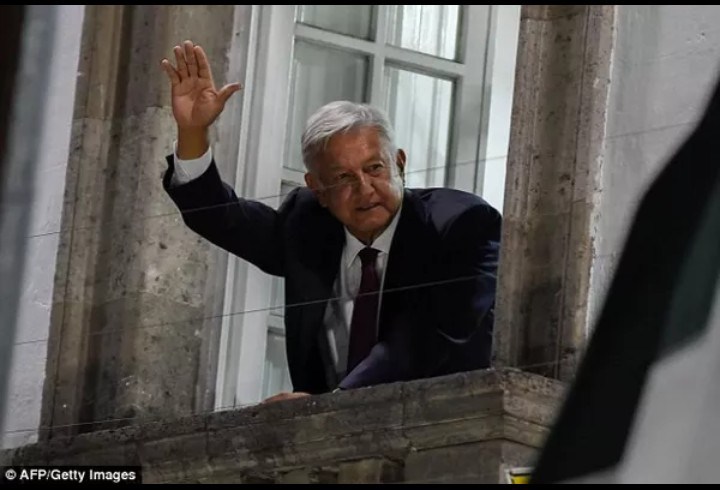 Andres Manuel Lopez Obrador is the apparent winner of the Mexican presidential election.

Lopez Obrador, better known by his initials AMLO, will be the first candidate from the left-wing political coalition Juntos Haremos Historia to hold the Mexican presidency after Sunday’s election.

His rivals, José Antonio Meade of the long-dominant PRI and Ricardo Anaya of the center-right PAN, both conceded the election shortly after polls closed.

Lopez Obrador, 64, has fiercely opposed US President Donald Trump’s policies on immigration, saying it is ‘a human right’ for people around the world to be able to resettle in America.

Deputy superitendent of prisons arrested for armed robbery in Enugu