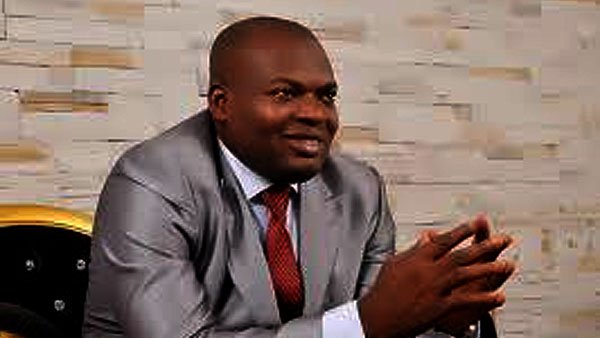 The coast is now clear for Tony Nwoye, as the All Progressives Congress, APC, on Monday confirmed him as the party’s standard bearer for the November 18 governorship election.

The decision was taken at a meeting of the party’s National Working Committee, held at the APC National Secretariat in Abuja.

The John Odigie-Oyegun-led NWC considered the report of the Dr. Hassan Lawal-led appeal panel, which investigated a petition filed by Senator Andy Uba, who alleged that irregularities marred the conduct of the primary.

The APC NWC dismissed his appeal, stating that it was satisfied with Nwoye’s emergence.

It declared that the primary committee conducted a free, fair and transparent primary.

“We scrutinised the petition and considered the report of our Appeal Committee. We also watched tapes, studied the processes, including accreditation and voting.

Recall that the committee that conducted the primary submitted its report to the party on Sunday.

Headed by Governor of Borno State, Kashim Shettima, the committee stated that none of the 12 contestants questioned the integrity of all processes before, during and after the August 26 primaries which held in Awka.

Meanwhile, the APC candidate, Tony Nwoye has hailed the leadership of the party for its forthrightness in dealing with the petition that was raised against his emergence as the party’s candidate.

In a statement made available on Tuesday morning, Nwoye also lauded President Muhammadu Buhari for providing the moral guidance that pivoted the leadership of the party and members in conducting what has come to be generally appreciated as the freest governorship primary ever conducted since the advent of the Fourth Republic in Anambra State.

Nwoye, in the statement also thanked all his fellow aspirants and notably Senator Andy Uba who he called out as his boss for putting up a stiff fight. Dr. Nwoye was also grateful to party members, delegates and all those who volunteered and even came to Abuja to stand by him in defending the integrity of the vote that threw him up as candidate of the APC.

He said: “I am very grateful that our party stood on the side of truth and was not moved despite to annul the vote of the people of Anambra APC who in their hundreds of thousands are backing this momentum to change the sordid situation in Anambra State. This is another testimony to the integrity that is in the leadership of the National Working Committee, NWC and it would go on record as a day that we would rejoice in.

“The affirmation of this victory of course was guided by the high moral compass that has been provided by President Muhammadu Buhari. President Buhari refused to interfere to favour any one of the contenders even those that have known him for long. This is another laudable side of our president that we would continue to market to our people.

“For my compatriots, the battle is not over, but it has just begun. I speak out to all my fellow aspirants and to my boss, Senator Andy Uba, you have all brought out the energy in me, I thank you all. Now, the battle has just begun. It is time now to focus on the main project of liberating our people from more than three years of bondage to inertia, brigandage in governance and boisterousness of indolence.

“Throwing out the APGA administration in the state and recovering our state from those that do not wish our people well is our determination. I am also deeply encouraged by the love shown to the project by the hundreds of delegates and party members who had been thrown into anxiety. Many of you were willing, and some of you actually came to Abuja to testify to the authenticity of the primaries that threw up our candidacy. Your labour of love will be rewarded by our promise of bringing change to the pace and pattern of governance in Anambra.”