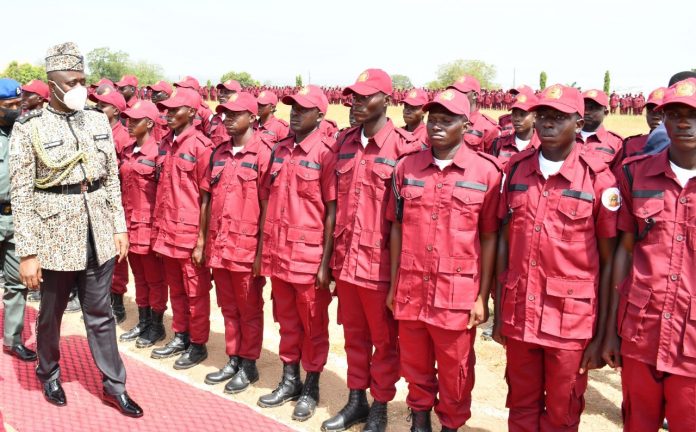 The Commander of the Oyo State Security Network Agency also known as Amotekun, Col. Olayinka Olayanju (rtd), has put a lie to a news story currently in circulation, which claimed that he (Olayanju) accused some aides of Governor Seyi Makinde of being behind unrest in Ibadan, the state capital.

Olayanju maintained that it was equally untrue that he accused some aides of the governor of having links with arrested hoodlums, stating that mischief makers had only twisted his words to suit their evil intentions.

A statement by the Chief Press Secretary to the governor, Mr. Taiwo Adisa, quoted Olayanju as saying that though he appeared on Fresh FM’s Situation Room and a Yoruba programme, Dende Oro, most of the things the news reporter claimed he said were taken out of context.

He said: “I never said anything like Governor Makinde’s aides having links with arrested hoodlums. Somebody called in on the programme and said that Amotekun and the Police are supporting hoodlums. But I said there had been times we apprehended some hoodlums and when their people came to beg us to release them, we refused and told them they were already with the Police. That was what I said.

“Another thing I said was that the only time we released somebody was when a member of the House of Assembly came to meet us and said one of the persons arrested was not part of those that committed the crime in the area, which happened to be his constituency.
“I said since the Honourable was an elected official and part of the government, he could not have lied to us. So, that was why we released the person to him.

“I also said one SA to the Governor put pressure on us to release somebody and we said no and that the fellow had been transferred to the Police. I said I told that SA to go and deal with the Police. That was all I said.”

He further clarified that the SA in question actually called him in respect of some persons arrested for holding a carnival during the Yuletide, after the government had pronounced a ban on carnivals.

He said: “What has carnival enforcement and an appeal to release those arrested have to do with such headline?”

The Amotekun commander maintained that his agency has been up and doing since it was put in place, noting that he could not have gone on air to badmouth an administration that means well for the state and has been doing everything possible to improve its security architecture.

Olayanju warned media men to be wary of sensationalising stories to the extent of falsehood, noting that as members of the fourth estate of the realm, they owed the society the responsibility to report only the truth.