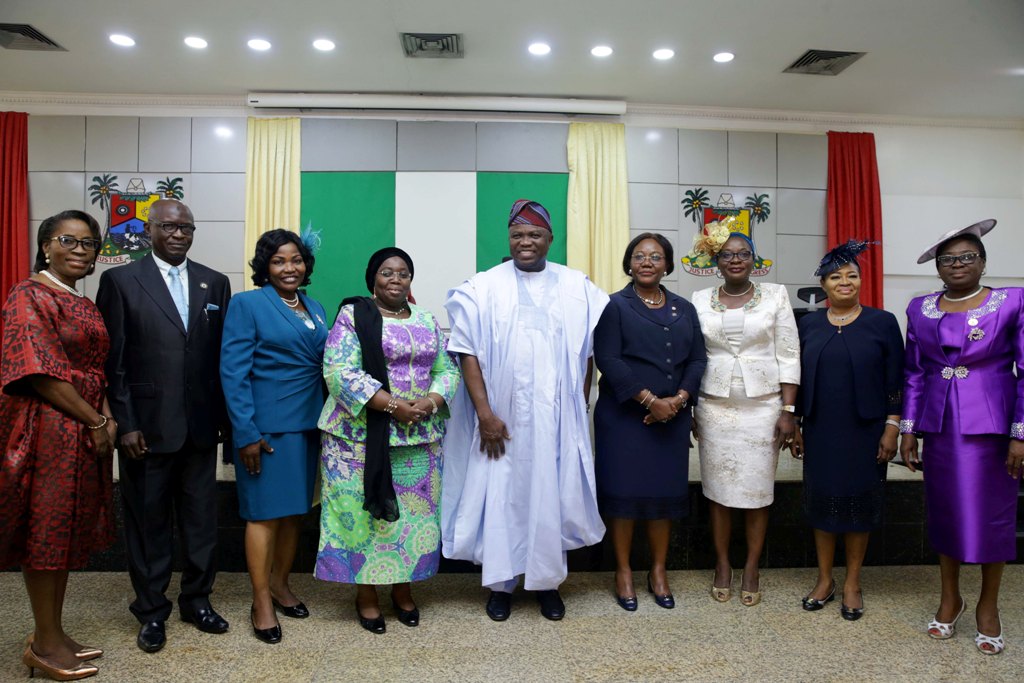 Lagos State Governor, Mr Akinwunmi Ambode on Wednesday swore-in six new Permanent Secretaries into the State Public Service, with a charge on them to contribute to the ongoing efforts by his administration to build a modern smart-city for the benefits of residents and visitors.

Speaking at the brief but impressive swearing-in ceremony held at Lagos House in Alausa, Ikeja, Governor Ambode said the vision to transform the State could only be actualized when abilities were matched with responsibilities, and as such it was incumbent on the new appointees to add value to governance and contribute to the realization of the State’s short, medium and long term plans.

“We believe strongly that our State Public Service deserves nothing but the best. Our vision to build a Modern Smart City-State can only be driven and actualized by matching ability with responsibility. This is a key philosophy which has guided all our actions since we assumed office.

“I have no doubt in your capability to add value to governance and contribute to the realization of this administration’s short, medium and long term plans,” the Governor said.

While congratulating the appointees, Governor Ambode said the decision to elevate them was not only informed by the need to fill the vacancies created by some Permanent Secretaries who recently bowed out of service having attained the retirement age, but more importantly on account of the fact that they possess qualities which stand them out among others.

The Governor particularly urged the appointees to align their actions with the overall policy objectives of his administration which include selfless service, inclusive governance, fair and just distribution of resources among the people as well as deployment of best global practices in service delivery.

“I look forward to seeing your positive impact in the State Public Service especially in the area of improved efficiency and effectiveness with which government business is handled, keeping in mind that we can only be adjudged to have done the right thing when our people are happy and satisfied,” the Governor admonished the appointees.

In his vote of assurance on behalf of the new appointees, Braimah thanked Governor Ambode for finding them worthy to serve the State in the highest capacity in the public service, just as he assured that they would hit the ground running to contribute to the development of the State.

“As your foot soldiers, we have hit the ground running with competence, commitment and concern for a better Lagos. For the confidence reposed in us, we are eternally grateful and we shall add our plough to the various deliverables to which Lagosians are accustomed,” Braimah said.