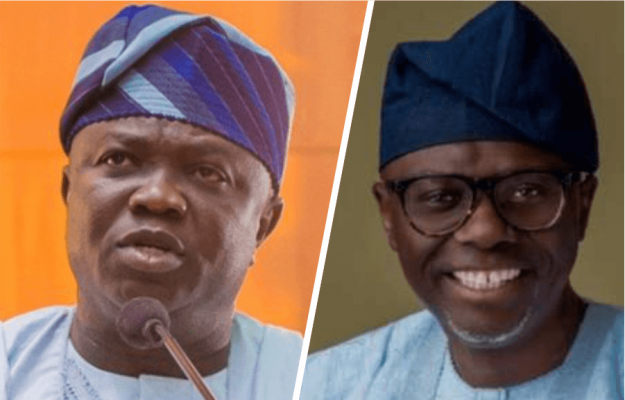 The Itesiwaju Ipinle Eko Vanguard , a major support group for Lagos State Governor Mr. Akinwunmi Ambode has debunked the rumours making the rounds that the governor is working against the success of the Lagos State All Progressives Congress (APC) and its governorship candidate, Babajide Sanwo-Olu in the coming general election.

The convener of the group, Seyi. Bamigbade told Journalists at the APC Lagos Mega Rally held in Ikorodu, Lagos that Lagos State Governor, Ambode had since instructed the group to work assiduously and ensure Sanwo-Olu’s emergence.

He said, “Based on this instruction we have been working tirelessly and canvassing votes for the victory of President Muhammdu Buhari , Hon. BabajideSanwoolu and all the APC candidates at all levels.

“Ambode has been an honest party loyalist to our National Leader, Asiwaju Bola Ahmed Tiunbu . This has been the case ever since the former president Olusegun Obasanjo withheld the Lagos State Local Government Allocations for years. He was there with the party ensuring the structure didn’t collapse,” Seyi said.

He described Sanwo-Olu as a great ambassador and hardworking administrator that would take Lagos State to the next level as Africa’s modern mega city.

Seyi called on the Speaker, Lagos State House of Assembly and members to handle the misunderstanding with Ambode amicably as one big family for the prosperity of the state.

He urged Lagosians to ensure they collect their PVCs and cast their votes for All Progressives Congress candidates.

Delta 2019: Why I teamed up with Ogboru – Uduaghan