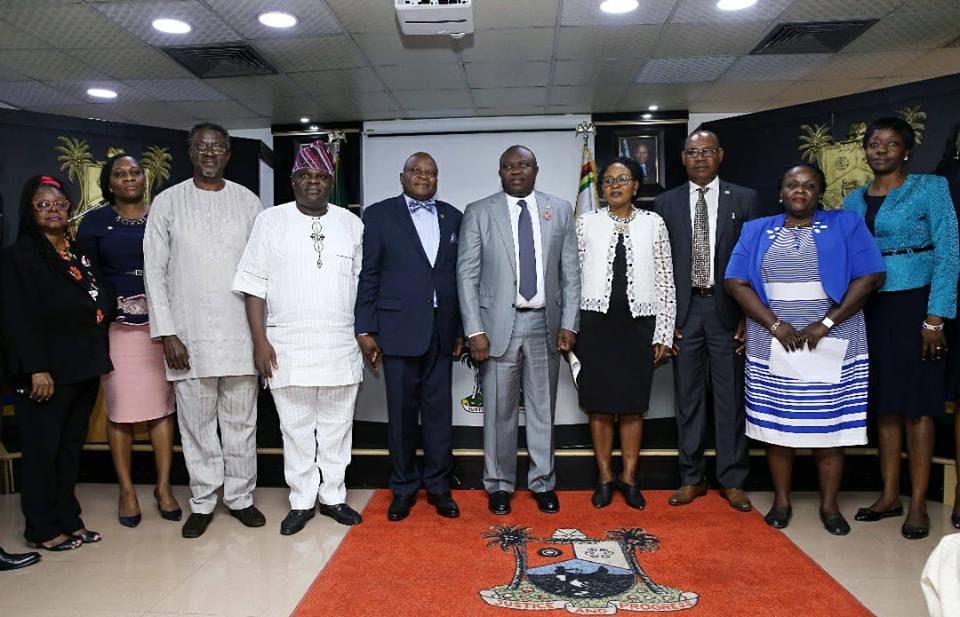 Speaking at Lagos House in Alausa, Ikeja while inaugurating members of the board chaired by consumer rights advocate and lawyer, Mrs Olufunmilola Falana, Governor Ambode said concerted efforts would be made to end the daily reported cases of violation of consumers’ rights in the State especially considering the vantage position of Lagos as the largest commercial market in Sub-Sahara Africa.

He said the establishment of the board, aside from being another giant stride of his administration designed to guarantee the welfare of the people on a sustainable basis, was also meant to complement the reforms already embarked upon by the State Government to ensure the ease of doing business in the State.

“The establishment of the Consumer Protection Agency is a strong demonstration of our commitment to the protection of the rights of consumers, the promotion of consumer satisfaction in the State and our resolve to ensure that they get value for money spent on goods and services.

“The need for the Agency has become more imperative in view of the fact that Lagos State, with its huge population, provides the largest commercial market in Sub-Sahara Africa, with the highest reported cases of daily infractions on the consumer rights.

“The Lagos State Consumer Protection Agency is therefore meant to complement our reforms on the ease of doing business in the State especially as it affects the development of the Industrial, Commercial and Consumer satisfaction value chain,” Governor Ambode said.

While reeling out the terms of reference of the board, the Governor said the agency had been designed to be an effective service centre for the protection of the interests of Consumers, settlement of Consumer disputes and for other connected purposes as enshrined in the Lagos State Consumer Protection Agency Law, Cap.C13, Laws of Lagos State, 2014.

He said owing to the responsibilities of the agency, members of the board were carefully selected both from private and public sectors based on their impeccable character, remarkable track records, experience on the subject matter and passion for the job.

The Governor, who urged members of the board to hit the ground running, also tasked them to be dutiful and nurture the new agency to become an institution that will guarantee timely delivery of effective services to aggrieved consumers, just as he enjoined Lagosians to utilize the alternative commercial dispute mechanism to be offered by the agency that will guarantee reduced time for the resolution of consumer related cases.

Besides, the Governor ordered that office of the agency should be located outside Alausa to bring about the sense of independence and engender confidence of the people.

According to him, “I have just directed that I will like this agency to be situated outside the civil service premises. We don’t want you to be part of us so that the sense of independence that we are giving to this agency is to ensure that we command the respect of consumers generally in the State.

“I want to let you know that we expect you to hit the ground running; I expect that I must start to get feedback as to what is happening to consumer rights and then to the citizens generally within the shortest possible time,” the Governor said.

Responding on behalf of the appointees, Falana thanked Governor Ambode for the opportunity given them to serve the people, assuring that they would work in the best interest of consumers and leave very good footprints on the sand of time.

Ezekwesili reveals plan against APC, PDP ahead of 2019 election