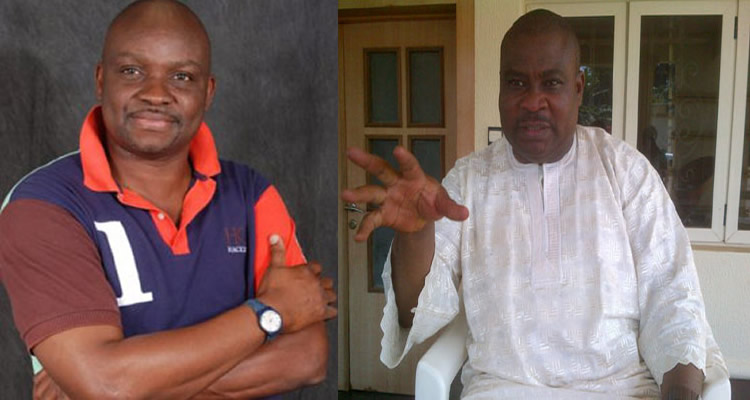 In spite of the reconciliation between Governor Ayodele Fayose and the embattled Secretary of the Peoples Democratic Party in Ekiti State, Dr Tope Aluko, the state government has insisted that it won’t withdraw its perjury charges against the estranged Secretary.

The Attorney General and Commissioner for Justice, Mr Owoseeni Ajayi, also appealed to the Attorney General of the Federation and Minister of Justice, Abubakar Malami, to continue to guide President Muhammadu Buhari, to forestall increasing human rights abuses and gross violation of court’s orders in the polity.

At a press conference in Ado Ekiti on Tuesday, Ajayi said the state government won’t collapse the case of perjury it had instituted at an Ado Ekiti High Court, in spite of Aluko’s perceived rapprochement with Fayose.

The state government had instituted a case of perjury against Aluko shortly after his open confession that the election that brought Fayose into government was massively rigged, after serving as the principal witness at the election petition tribunal.

The court had granted a warrant of arrest against Aluko, ordering the Commissioner of Police, Mr Etop James to arrest the embattled PDP Secretary for allegedly lying under oath.

Lampooning the Inspector General of Police, Mr Solomon Arase on his refusal to carry out the arrest and for allegedly providing Aluko with security cover, Ajayi said the state would file for an order of mandamus, compelling the IGP to carry out the order in due course.

“The apology of Aluko to Governor Fayose was personal. We can’t because of this interventionist apology collapse all our cases, government is not run that way.

“We can’t abandon our responsibilities as a state just because someone apologised to our governor on a case that was already pending in court. They are not fresh cases and we will pursue it to a logical conclusion”, he said.

Ajayi urged the Attorney General of the Federation to counsel the federal government on the alleged brazen impunity being exhibited by the Department of State Services(DSS) and abuse of court orders by the agency.

He said the case involving the arrest of a member of House of Assembly, Hon Afolabi Akanni, vividly conveyed a signal of alleged impunity in the system, appealing to the AGF to advise Buhari’s
government and take prompt action to prevent the country from sliding into anarchy.

“Hon Akanni was released after 18 days in the DSS custody despite March 11 order of the federal high court in Ado Ekiti that ordered his release.

“As I speak with you, the DSS has not come to court once to file its case to a suit seeking the protection of fundamental human rights filed against it. This was a gross abuse of court orders and
constitutionality.

“On the notorious issue of Aluko, he is enjoying DSS, police and military escort despite that a court order has been brought to the notice of the Attorney General for his appropriate intervention about this impunity.

“The evidence given by Aluko led to the premature sack and compulsory retirement of some military officers from the army for carrying out their constitutional roles during the governorship poll”, he said.

APC leaders begged me to return to party – Osoba