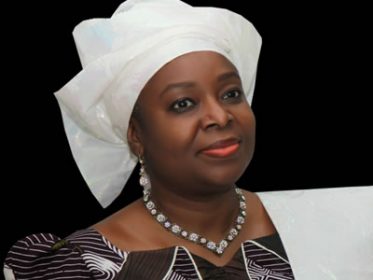 The request for the transfer of criminal charge against a former minister of the Federal Capital Authority (FCT), Oloye Jumoke Akinjide, and two other accused; Senator Ayo Ademola Adeseun and Chief Olanrewaju Otiti, to Ibadan, Oyo State  was on Monday dismissed by Justice Muslim Sule Hassan of a Federal High Court sitting at Ikoyi, Lagos State, Nigeria.

The judge pointed out that the application (s) were lacking in merit.

The accused are standing trial on alleged fraud to the tune of N650 million made against them by the Economic and Financial Crimes Commission (EFCC).

The chieftains of the Peoples Democratic Party (PDP) had in their application(s) argued that every ingredient of the alleged case took place in Ibadan.

They further informed the court that they have over 65 witnesses, who they said are spread across nine local government areas of their Senatorial district to testify in the matter.

They insisted that it would cost them lot of money to bring the witnesses from Ibadan to Lagos.

The EFCC, through its lawyer however, urged the court to dismiss the application(s) for being unmeritorious.

The Commission further argued that the defendants’ rights of being charged in a court within 40km radius of where the alleged offence was committed has been upheld with the filing of a charge against them at a Federal High Court in Ibadan.

The EFCC added that they were also duly arraigned at a Federal High Court in Ibadan before Akinjide’s petition to the Chief Judge of the Federal High Court, Justice Abdul-Kafarati, led to the transfer of the case to Lagos.

The anti-graft agency further contended that Section 98 (1) (2) of the Administration of Criminal Justice Act (ACJA) equally forbids the Chief Judge from transferring a case in which the prosecution has already called witness.

The EFCC then prayed Justice Hassan to dismiss the motions and continue with the hearing of the case.

It would be recalled that the defendants were on January 16, 2018, re-arraigned by the EFCC before Justice Hassan on a 24-count amended charge of alleged fraud to the tune of N650m.