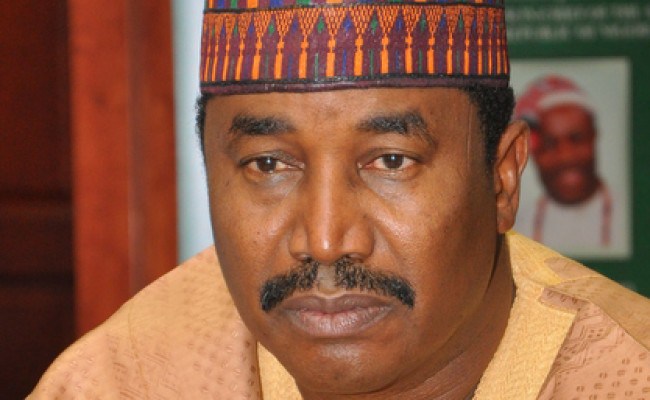 A prosecution witness in the ongoing trial of the former Katsina State Governor, Ibrahim Shehu Shema, by the Economic and Financial Crimes Commission, EFCC, before Hon. Justice Hadiza Rabiu Shagari of the Federal High Court sitting in Katsina State, today revealed to the court how the Shema allegedly used funds meant for the Subsidy Reinvestment and Empowerment Program, SURE-P, for politics.

Led in evidence by counsel to the EFCC, Ofem Uket, the witness, Nasiru Salisu Ingawa, who testified as PW1, told the court how the Shema allegedly conspired and systematically defrauded the program from its much needed funds.

Narrating to the court how he had met the first defendant, Ingawa, who served as both Personal Assistant and Senior Special Assistant to the former Governor, said, “I was introduced to him (Shema) by my former boss, Osita Chidoka, with whom I worked at the Federal Road Safety Commission, FRSC, as a personal assistant back in 2009.”

“After he introduced us, Osita gave me the defendant’s number and said that I should contact him. Upon doing this, he (Shema) gave me an appointment to meet with him at the Katsina State Governors’ Lodge. I met with him, for the first time, around December 2009.

“In January 2010, he (Shema) told me he was looking for a Personal Assistant, PA, and asked me to recommend any of my friends. When I lost my job at the Ministry of Finance in March 2010, I mentioned the development to him and he offered me a job as his PA. I accepted the offer and moved to Katsina in April 2010,” Ingawa continued.

Ingawa confirmed to the court that he was given a letter of appointment duly endorsed by the Secretary to the State Government, SSG.

According to the witness, his responsibilities as PA to the Governor included organising the Governor’s daily itinerary, his travel plans, personal tasks, movement of files, correspondences and any other duties as assigned.

Ingawa told the court that, early in 2014, he expressed his intention to quit his job as Personal Assistant to the Governor. Thereafter, he was appointed to head the Subsidy Reinvestment and Empowerment Program, SURE-P, in Katsina.

“The defendant (Shema) had asked me why I wanted to quit. It was at that point, he said to me that God has his way of working things. He (Shema) told me that I was the perfect person to run the affairs of SURE-P and added I was a very lucky person,” Ingawa said.

“He (Shema) told me, in Hausa, ‘Nasiru Siyasa zamu yi’, meaning, ‘We are going to use the funds of the SURE-P to do politics’. We met several other times on how to set up the SURE-P to run as a department, as opposed to running it as a Committee. Sometime in June 2014, I was sworn in as Special Adviser to the Governor on SURE-P. I have a copy of my appointment letter,” he added.

Explaining how SURE-P was set up, the witness revealed, “One of the first things that the defendant (Shema) asked me to do was to ask the Head of Service, Alhaji Mohammed Aliyu to allocate office space to the SURE-P department. After the Head of Service met with him (the former governor), he told me that the defendant had asked him to find trustworthy persons to be appointed as Director, Admin and Supplies and Director, Finance and Accounts.”

“At another long discussion about how to run the department, he (the defendant) said in Hausa ‘Nasiru, Duk daga nan zamu fidda saving dinmu’ meaning, ‘Nasiru, this is where we are going to extract our saving’,” Ingawa said.

Ingawa further explained to the court how the saving was done.

“The savings were made in cash in three different ways. One, sometimes, we write memo for programmes and only implement half the programme, the other half is diverted to savings. Two, the defendant had told us that all the procurement will be via direct purchase and because they were direct purchase, the defendant asked that we add 20% to 30% as savings. Three, there were times we wrote memos for programmes that were not implemented at all, and he asked us to bring the money as savings”.

The witness added that almost all the programs executed by SURE-P were based on instructions that came from the defendant.

He said, “The tradition was, I would sit with the defendant to discuss any programme and he would instruct me of exactly how much the saving was to be. After memos were approved by the Governor and released to the SURE-P account, the money would then be withdrawn in cash by the Director of Finance. After withdrawal,I would inform him how much was meant for implementation and how much was for savings. After this, vouchers were raised”.

Ingawa added, “The mandate of the department was to use the funds of the SURE-P that came from partial removal of subsidy towards any programme that would alleviate the sufferings of people in the areas of youth empowerment and health care provision, among others”.

Face Of Burglar Who Broke Into IBB’s Guesthouse And Stole Phones, Cash, Others