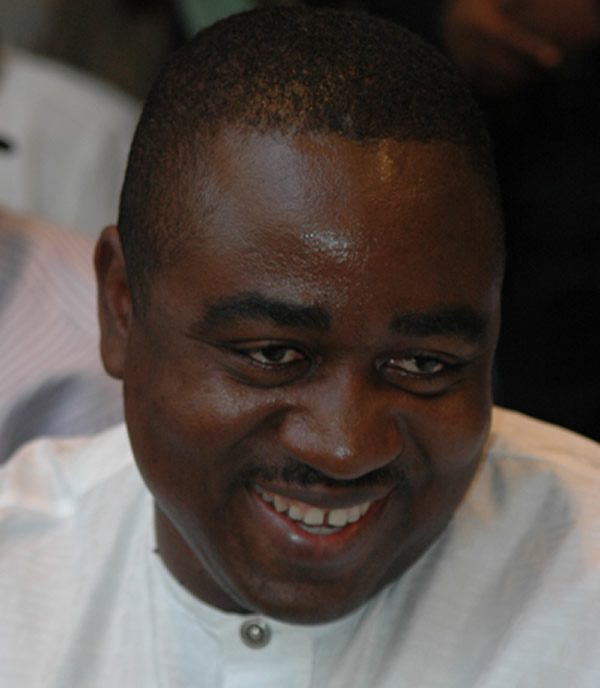 The Court of Appeal, on Wednesday, stopped Justice Abang Okon from hearing  a case against former governor of Benue State, Senator Gabriel Suswam, alongside Okolobia Okpanachi, his former Commissioner for Finance.

Justice Abang ordered that the matter should go back to Justice Ahmed Mohammed of the Federal High Court.

The Economic and Financial Crimes Commission ( EFCC) charged Suswam and Okpanachi with nine counts of money laundering and diversion of of N3.1.

In a unanimous judgment, the appellate court ordered that the case should be sent back to Justice Mohammed of the same court for continuation of trial.

Justice Emmanuel Agim who delivered the judgment, also ordered that Justice Mohammed who had shown unjustified reluctance in entertaining the case should give the trial an accelerated hearing.

The court held that Justice Mohammed was wrong to have rescue himself from conducting the trial on account of fear, when all the parties had expressed confidence in him.

Although the court commended Justice Abang, who is currently adjudicating on the matter, for showing deligence in the trial.

It held that its decision to return the case back to Justice Mohammed was to correct the error made by the Chief Judge of the Federal High Court by re- assigning the case to him.

Justice Agim explained that this was to strengthen the path of justice and protect the institution of the Judiciary as the Chief Judge misapplied his discretion, when  he re-assigned the case  to Justice Abang, rather than directing Justice Muhammed to continue with the trial.

The court held that although the Chief Judge has the powers under section 19 of the Federal High Court Rules, to assign cases to any Judge of the court.

“Such discretion must be exercised properly and not recklessly so as to meet the justice of the case.

“Unfortunately, the Chief Judge did not exercise his discretion correctly.
“The re-assignment of the case to Justice Abang amounted to a transfer in a matter that was part heard.

“Four witnesses had already testified and an accused person is entitled to a trial within a reasonable period of time” Agim held.

Justice Agim further held that the exercise of discretion should be in a rational manner and properly to the satisfaction of all the parties.

The court however ,held that the improper exercise of discretion by the Chief Judge did not in any way rendered the proceedings before Justice Abang a nullity since the action of the Chief Judge was an administrative in nature.

The action of the Chief Judge is an administrative one and therefore, proceedings by Justice Abang cannot amount to a nullity the panel added.

“The Federal High Court is one court and the Judges are the same.

”It is within the administrative powers of the Chief Judge to re-assign cases and any judge has the jurisdiction to hear to cases assigned to them by the Chief Judge of the court.

“Justice Abang has no powers to challenge or question the Chief Judge.

“He has a duty to take a case assigned to him and deal with it. He did what the law allowed him.

“In fact, if the ruling of Justice Abang did not touched on the reasons given by Justice Mohammed to rescue himself, this appeal would have no live.

“Abang has shown commendable deligence in the trial” the panel held.

The court held that Justice Abang went to determine the propriety of Justice Mohammed’s recusal from the case, the appeal has live issues.

The court held that the reasons given by Justice Mohammed to rescue himself from the trial were not tenable in law.

In addition the court held that his rescusal which was done in his chambers and not in open court was a violation of the right to fair hearing of the defendants.

“Every part of the proceedings should be done in open court, not in secret or chambers.

“Moreso, since himself adjudged the allegations as baseless, he should have summoned courage to proceed with the case.“

A Judge is supposed  to determine cases before them without fear and favour, the panel held.

The court said that the conduct of Justice Mohammed was very intriguing as Judges fear is not a consideration in determining issues of partiality or impartiality of the court.

The panel held that they have taken this decision to correct the error of the Chief Judge.

Moreso, Justice Mohammed had called four witnesses. If the case will go back to him, the prosecution will proceed with the fifth witness.

” It is for that reason that we have to allow this appeal. “It is hereby ordered that the trial of the case should go back to Justice A.R. Mohammed for continuation in an accelerated manner since all the parties have expressed confidence in him.”

The EFCC had on November 2015, arraigned the defendants before Justice Ahmed Ramat Mohammed of the Federal High Court in Abuja, and had presented four witnesses before the court.

The matter was to continue after the vacation, embarked by the judiciary last month in Justice Mohammed’s court, however, the counsel were informed of Justice Mohammed’s withdrawal from the case through hearing notice from Justice Abang’s court.

However, both the prosecution and defence teams were informed of Justice Mohammed’s withdrawal from the case through a hearing notice from Justice Abang’s court.

The defendants were to take their pleas on September 24, 2019 but could not as the defence team opposed the application.

Counsel to Suswan, C.E. Ogbozor, at the resumed sitting on Friday September 27, 2019, urged the court to decline jurisdiction and return the case file to the Honourable Acting Chief Judge of the Federal High Court.

Ogbozor told the court that she was not aware of Justice Mohammed’s disqualification of himself from conducting the trial.

She added that it amounted to a breach of right of fair hearing, should an order of transfer of charges be made by Justice Muhammed without the notice of the defendants.

She argued that the prosecution having called four witnesses, cannot be allowed to commence de novo.

She  referred to Section 1, 98, 99 and 396(7) of the Administration of Criminal Justice Act, where if a case has been partly heard, cannot start de novo, stating that the only exception was when a trial judge ceases to hold office by act of law or act of God.

The prosecution counsel, O. A. Atolagbe, while opposing the defence counsel’s argument, urged the court to refuse the application.

He added that the crucial question to be asked, was whether a judge could be compelled to hear a case against his wish.

He recalled that Justice Mohammed on June 6, 2019, withdrew from the case and sent back the case to the Chief Judge, stating that both counsel had expressed absolute confidence in him to adjudicate in the matter.

He said the case file was returned to him after the Chief Judge acceded to the request. Atolagbe argued that the trial judge needed not to have invited parties to address them on whether or not he should disqualify himself or return the case file back to the Chief Judge for re-assignment.