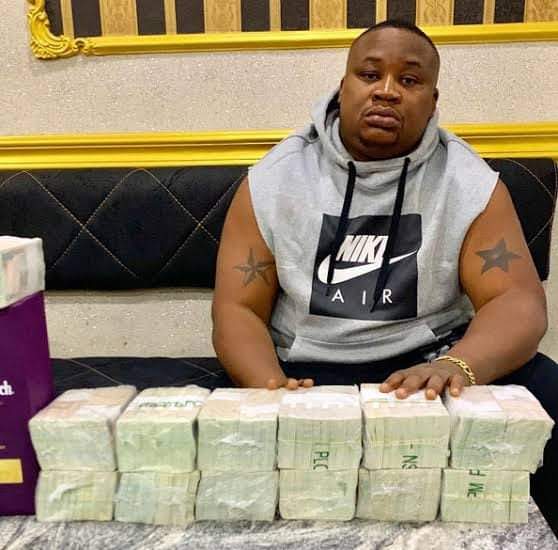 .
He was  reportedly arrested at the Lagos airport on Saturday night, but anti-graft officials are still silent on the development amidst reported pressure from his associates and family, who are pressing for his release

Mr Okechukwu’s arrest has now made it impossible for him to return birthday greetings from his almost four million Instagram followers. we understand only his wife has access  to  him in custody . The cubana priest turns 46 today

The EFCC has not released any official statement on the incident

Salute to Lady Doja at 90: 9 highlights from the grand dame’s private life