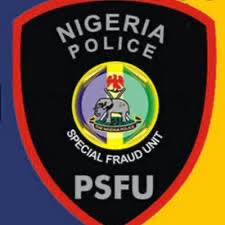 Among the reliefs sought to include a declaration that they are entitled to know and be informed of the details of any Investigation against them by the police. And a declaration that physical invasion of the University’s premises by the respondents in an attempted arrest and detain the Vice-Chancellor in a manner unknown to law, constitutes a flagrant violation of their rights as a guarantee by the Constitution of the Federal Republic of Nigeria.

The Vice-Chancellor and others also asked the court to award the cost of N50 million being general, aggravated, and exemplary damages against the respondents, jointly or severally for the violation of their fundamental rights.

However, the police in a counter-affidavit deposed to by Supol Segun Akeregun, filed by its Counsel, Chukwu Agwu, asked the court to dismiss the applicants’ suit for being frivolous and abuse of court process.

The deponent also averred that the Vice-Chancellor as the then Chairman of TETfund Committee of the University and about other 10 committees, allegedly fraudulently converted to himself and laundered about N13,864,925.00 through the son, Fasina Oluwadamilola Tosin, who is a Postgraduate student at Sterling University, Scotland.

The deponent averred that it’s untrue that the applicants are being or about to be intimidated, do not investigate the civil transaction(s) and we have not introduced any criminal element in any civil matter. The Applicants are yet to honor our invitation. The petition and documents before my office relate to criminal infractions allegedly committed by the Applicants.

Furthermore, the deponent stated that from the available documents in our record obtained in the course of investigation of the petition against the applicants revealed that, the Vice-Chancellor is involved in the fraudulent conversion of funds from Ekiti State University as salaries while he was still receiving salaries as Deputy Vice-Chancellor in charge of Administration at Federal University Oye-Ekiti.

The deponent while asking the court to Dismiss the applicant’s suit with a huge cost, also described it as being frivolous, hoodwink.

Meanwhile, Justice Chukwujekwu Aneke has fixed September 20, 2021, for hearing of all processes in the suit.
The judge fixed the date following the request by the applicants’ Counsel, Mr. Ebunolu Adegboruwa (SAN), informed the court that he was just being served with the respondents’ court while in court.