The Economic and Financial Crimes Commission has charged six suspects, including two firms, before the Lagos State Special Offences Court in Ikeja for allegedly diverting N1,301,334,108 from the coffers of the Nigeria Police Force.

The defendants, who were charged before Justice Sherifat Solebo, include Olumide Odumosu, Sule Tegina, Helen Nwafor and Okpalugo Ifeoma.

They are facing 14 counts.

In the charge, marked, Temp/39698/2018, the EFCC alleged that the defendants stole the N1.3bn from the coffers of the Nigeria Police Force and fraudulently converted it to their own between 2013 and 2014.

The anti-graft agency alleged in the charges that the defendants conspired with one Ogbadu Joseph and one Hassan Muhammed, who were said to be at large. 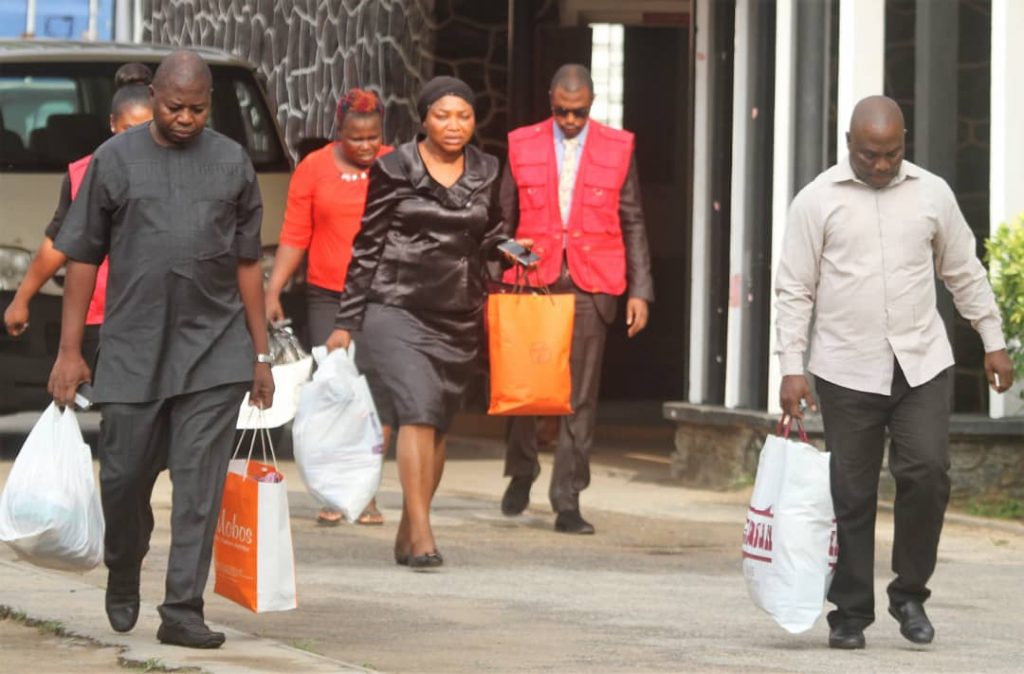 The prosecuting counsel for the EFCC, Rotimi Oyedepo, said the defendants acted contrary to Section 409 of the Criminal Law of Lagos State, 2011 and were liable to be punished under Section 285(1) of the same Act.

The defendants were billed to be arraigned in court on Thursday but the proceedings were stalled as the 3rd defendant, Helen Nwafor, told the court that she did not understand English language and would require the charges to be translated to her in Igbo language.

The judge adjourned till November 7, 2018 to get an Igbo interpreter.