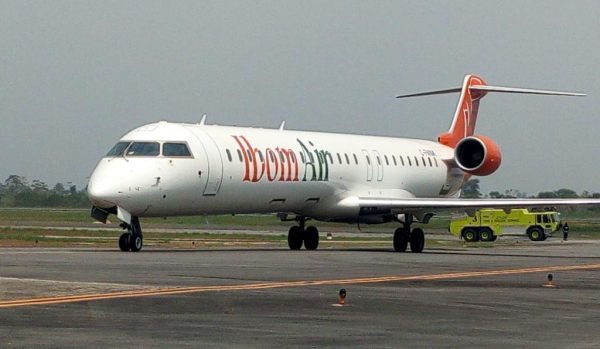 Akwa Ibom has launched its own airline, Ibom Air, although it will not start commercial operations soon.

Present at the launch in Uyo, the state capital, on Wednesday was Bukola Saraki, the senate president.

The Niger Delta state, which already has an international airport, says it will resume operations with three aeroplanes; two of which have been delivered and were displayed at the ceremony.

It also claimed to have recruited 300 direct staff.

Planespotter.net lists just one plane for the new airline, a 7.7-year-old Bombardier CRJ-900, which it says is due to be delivered on January 23.

It can be recalled that the federal government also took up the initiative of owning an airline, Nigerian Air, that was meant to be “private sector-led”.

While unveiling its name and logo at the Farnborough International Airshow in London, Hadi Sirika, minister of state for aviation, had disclosed that the airline would have flights on 81 domestic, regional and international routes, with operations scheduled to begin in December 2018.

Amid expectations of its launch, the federal government announced that it had suspended the project, citing investors apathy.

It explained that investors who were supposed to partner with the government on the project were no longer forthcoming.

However, Sirika said the project was only suspended temporarily and not due to investor apathy.

There’s still a lot to be done, CDD tells INEC