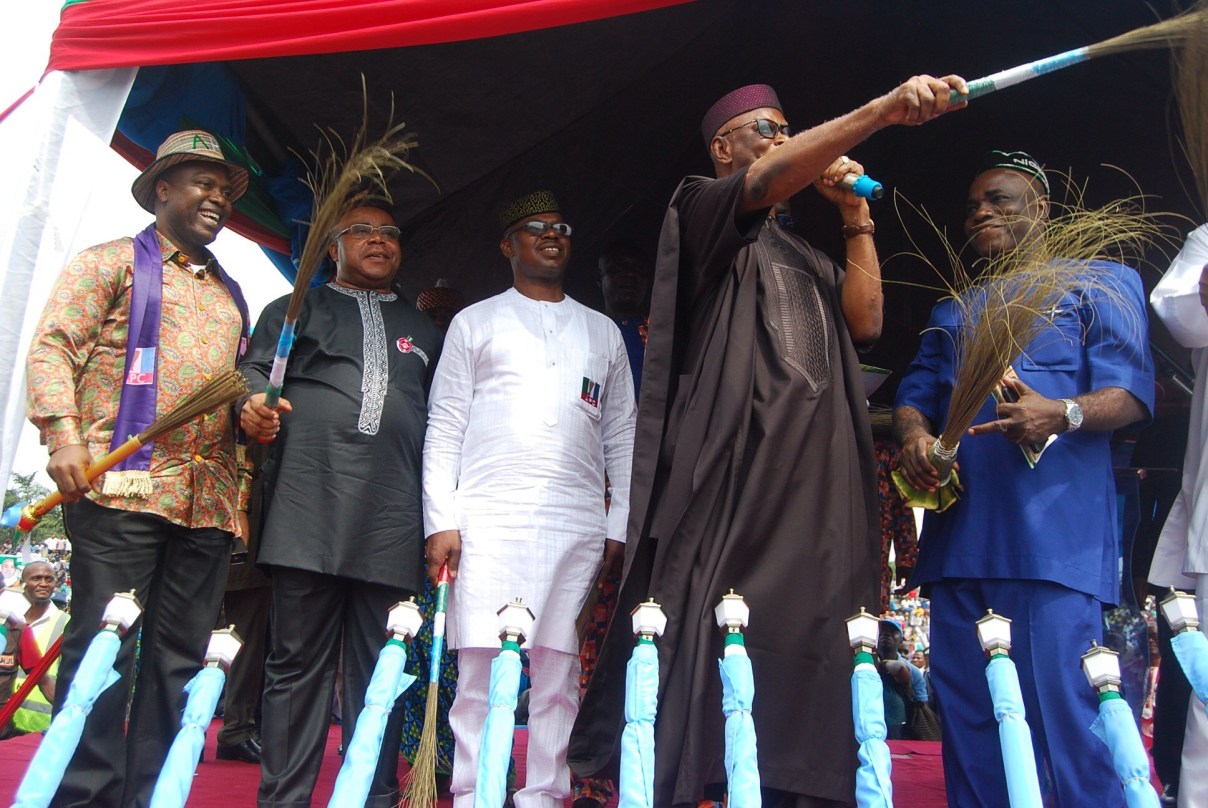 The Chairman of the All Progressives Congress (APC) in Akwa Ibom state, Ini Okopido, has described Godswill Akpabio, a senator and former governor of the state, as an “uncommon defector”.

Mr Okopido, in his welcome address on Friday at the flag-off of the APC election campaign in Uyo, Akwa Ibom, hailed Mr Akpabio for helping to strengthen the APC in the state.

There was loud ovation in the 30,000-capacity Godswill Akpabio International Stadium, venue of the flag-off when Mr Akpabio’s name was mentioned.

Mr Akpabio, in August this year, ignited a political storm in Akwa Ibom and the entire nation when he resigned his position as the Senate minority leader and defected from the Peoples Democratic Party (PDP) to the APC.

The senator’s defection has continued to unsettle Governor Udom Emmanuel and PDP in the state.

“Akwa Ibom will be one of the first states to fall for the APC in 2019,” Mr Okopido assured President Muhammadu Buhari who was present in the stadium to flag off the campaign.

Mr Okopido thanked Mr Buhari for the confidence in Akwa Ibom to host the event.

He told the president that Ifim Ibom Ibibio (the Supreme Council of Ibibio Traditional Rulers) postponed the coronation of its leader in order to honour him (Mr Buhari) when the traditional rulers realised that the date for the coronation had clashed with the campaign flag-off.

“We thank you for your leadership style, especially your anti-corruption fight,” he added.

The APC national leader, Bola Tinubu, and several APC governors, including Rochas Okorocha of Imo state, are in Uyo for the campaign flag-off.

Mr Akpabio, in his remarks at the event, said: “Uyo was now the APC capital in the South-south”.