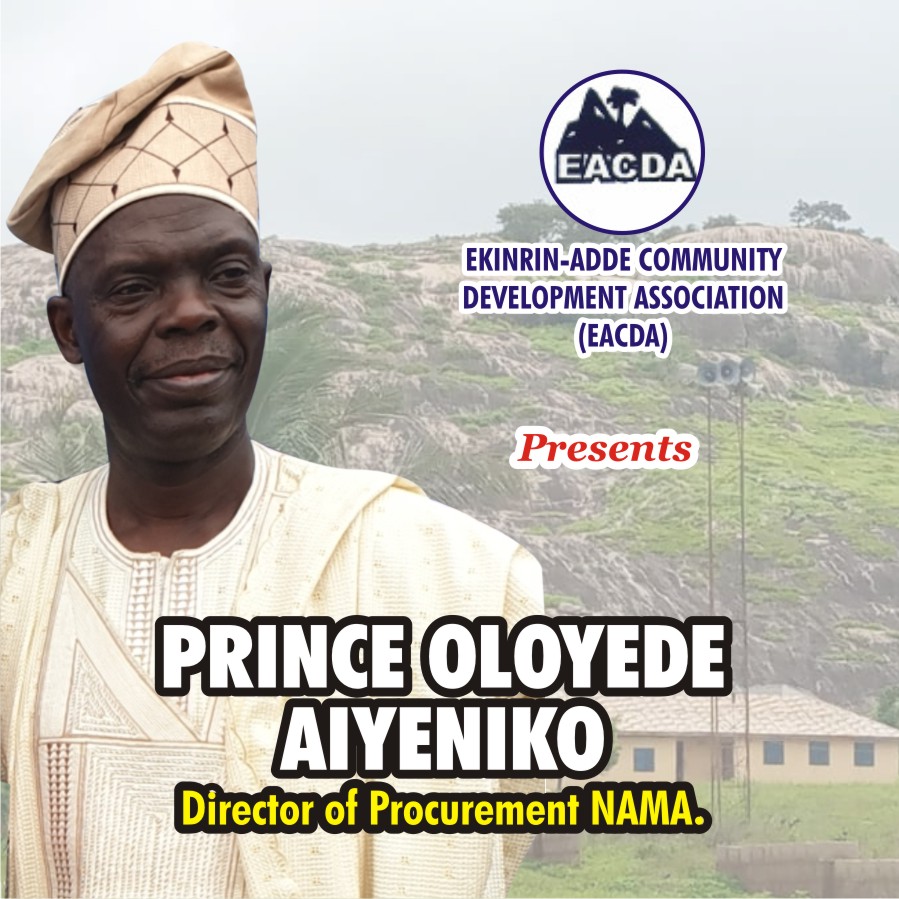 Director of Procurement, NEMA, Prince Oloyede Aiyeniko has been listed among the pioneer recipients of Omo Atata Hall of Fame award by the Ekinrin Adde Community Development Association, come next week.

The event is slated for 18/19 of June, as part of activities marking the 27th Ekinrin Adde Cultural Day Celebration.

OMO ATATA HALL OF FAME is a great honour reserved for sons and daughters that have done the community proud in their various fields of endeavor.

Prince Oloyede Aiyeniko popularly known as Oloye was born in the early sixties in Ekinrin-Adde to Mr & Mrs Aiyeniko. He attended Baptist Grammar School Okuta in Borgu local government then in Kwara state.

He proceeded to attend Kwara tech for his Advanced levels and then University of Calabar and Ogun State University Ago iwoye for his Bachelor and master’s degrees.

He is married with children to beautiful Mrs Funmilayo Aiyeniko.

He started work at the presidency, worked in several ministries and Agencies. He is presently with NEMA as Director Procument. He has deployed the instrumentality of his office to facilitate so many palliative initiatives to Ekinrin-Adde, IJUMU and Okun land.

Speech By His Excellency, Muhammadu Buhari, President And Commander In Chief Of The Armed Forces Federal Reublic Of Nigeria On The Occasion Of Commemoration And Celebration Of Democracy Day On 12th June, 2021