Wife of the President, Mrs. Aisha Buhari has charged perpetrators of abductions and various harmful practices against women and girls to stop forthwith. She was speaking during an event to mark the 2018 International Women’s Day, on Thursday, March 8, 2018 at the National Center for Women Development, Abuja.

Mrs. Buhari observed that for Nigeria, the day must be marked with a difference considering the sad incidence of the abduction of girls, especially the case of Chibok and Dapchi, which must take the national spotlight. 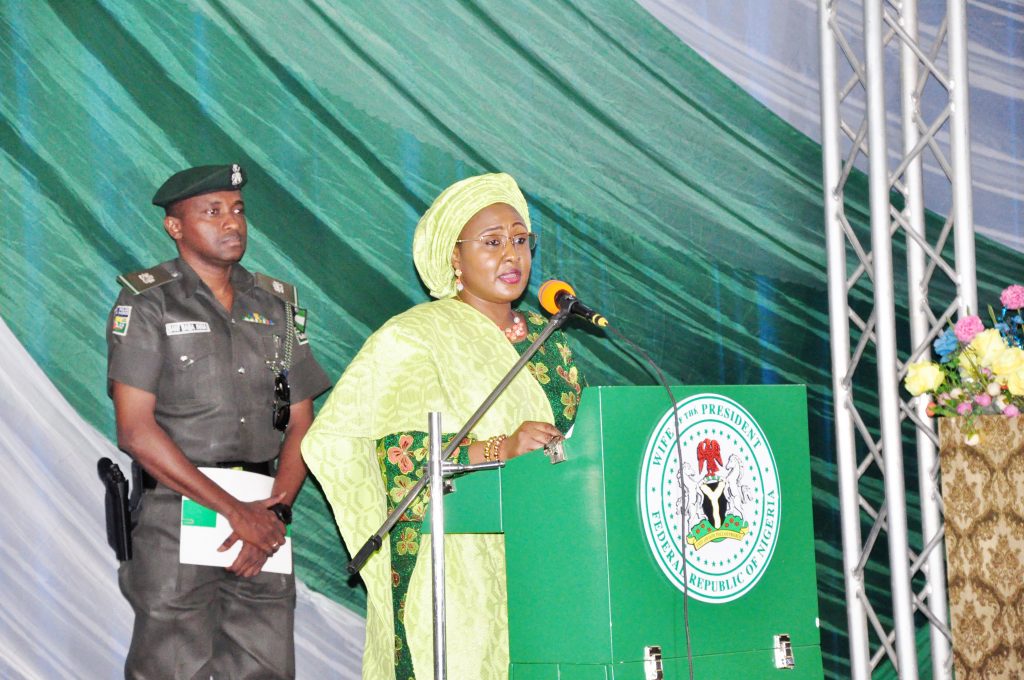 “As a mother, I share the sorrow and agony of the parents at this time, it is my sincere hope that efforts by government will soon lead to their release.” She said.

She introduced a local theme tagged “Leave our daughters alone” which she said, is a strong call for the end of abductions, charging the media to own the campaign and spread message. She also charged wives of the Governors to propagate the campaign in their various states, stating that the message must echo through all corners of Nigeria and be on everyone’s lips.

Speaking earlier, wife of the Vice President, Mrs. Dolapo Osinbajo, while congratulating women as they celebrate the special day, said it is sad that Nigerian women were witnessing the worst of times because of many negative things that are happening; she however noted that at the same they are also witnessing the best of times in many respects. This is because there are many good stories happening around women. 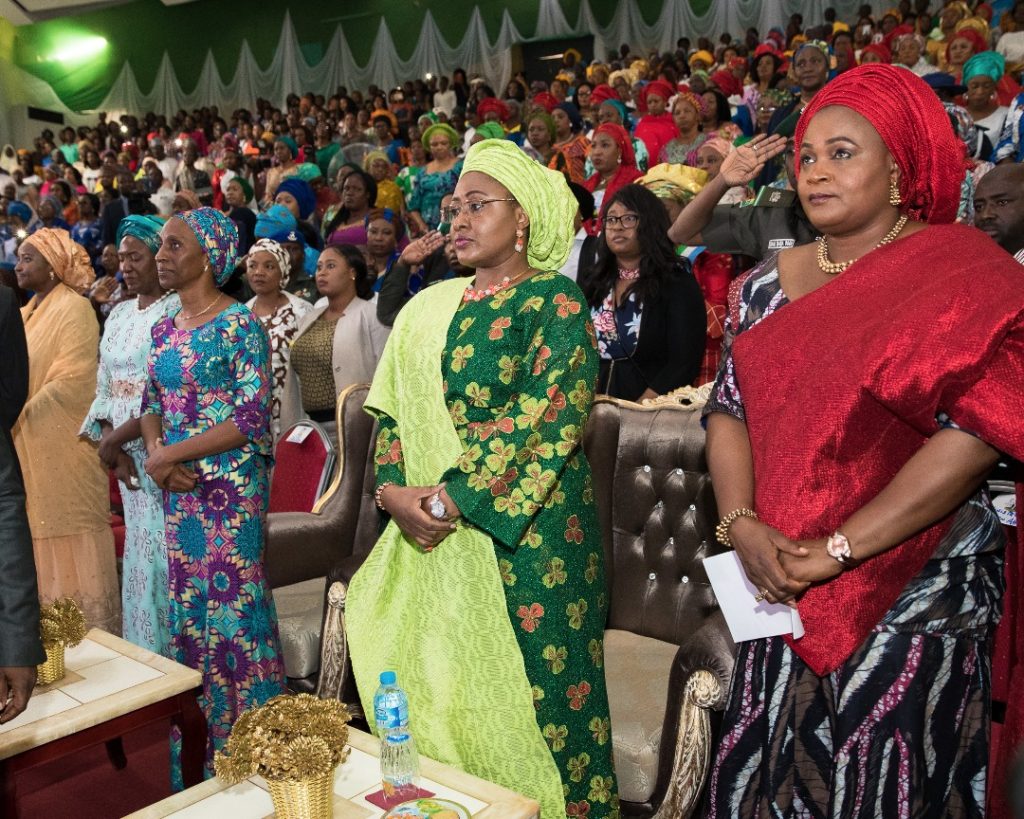 Director-General of the National Center for Women Development, Barrister Mary Ekpere-Eta, said this year, there was an unprecedented global movement for women’s rights, equality and justice. She said sexual harassment, violence and discrimination against women has captured public discourse, propelled by a rising determination for change, which she noted were instrumental to the declaration by the Wife of the President on the harmful practices affecting women and girls in Nigeria.

She drew attention to the plight of rural women, who despite their hard work lack basic infrastructure and services, decent work and social protection, and are left more vulnerable to the effects of climate change. She called for urgent action to reverse this trend and ensure better life for the rural women.

Goodwill messages were delivered by UNICEF, UN Women, UNFPA and a host of others.

Highlight of the event was an exhibition of women’s business products. 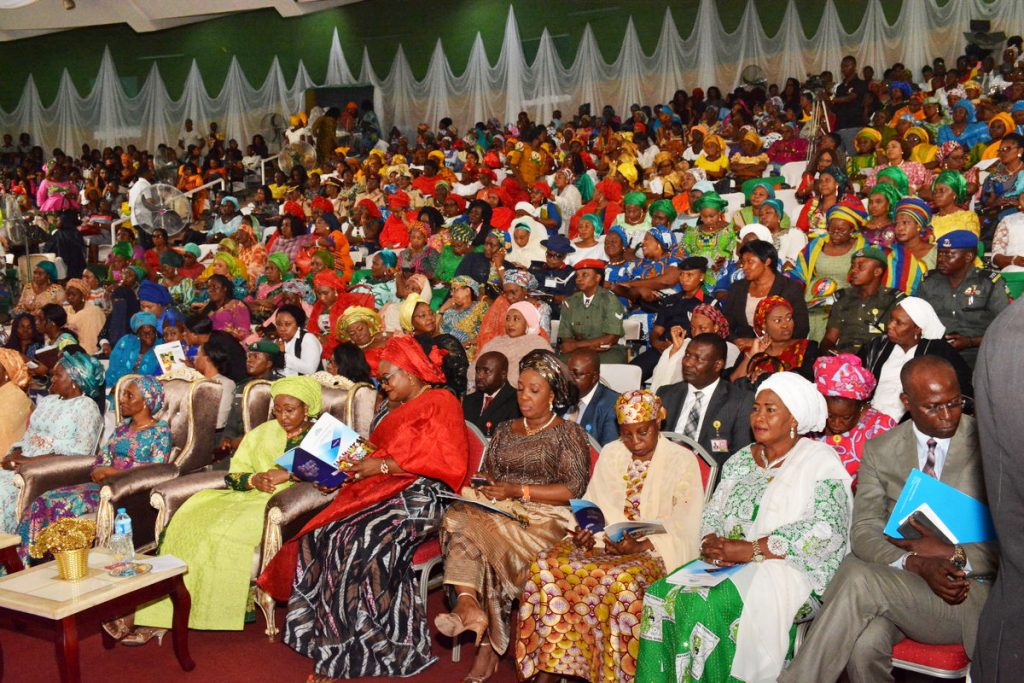 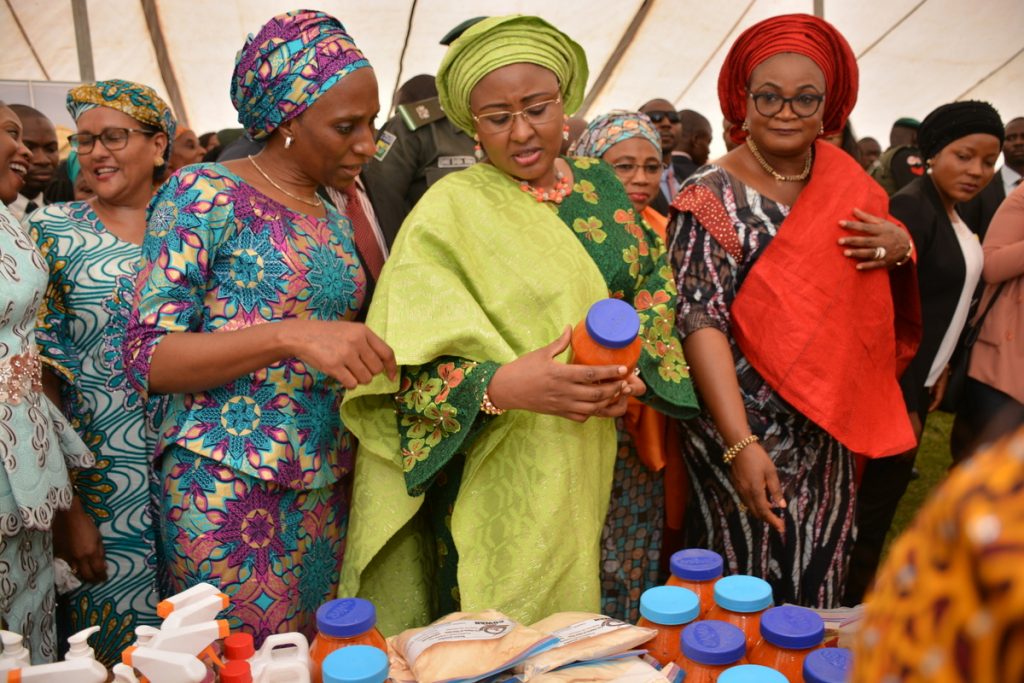 Subomi Balogun at 84: Portrait of a Rare Bridge Builder