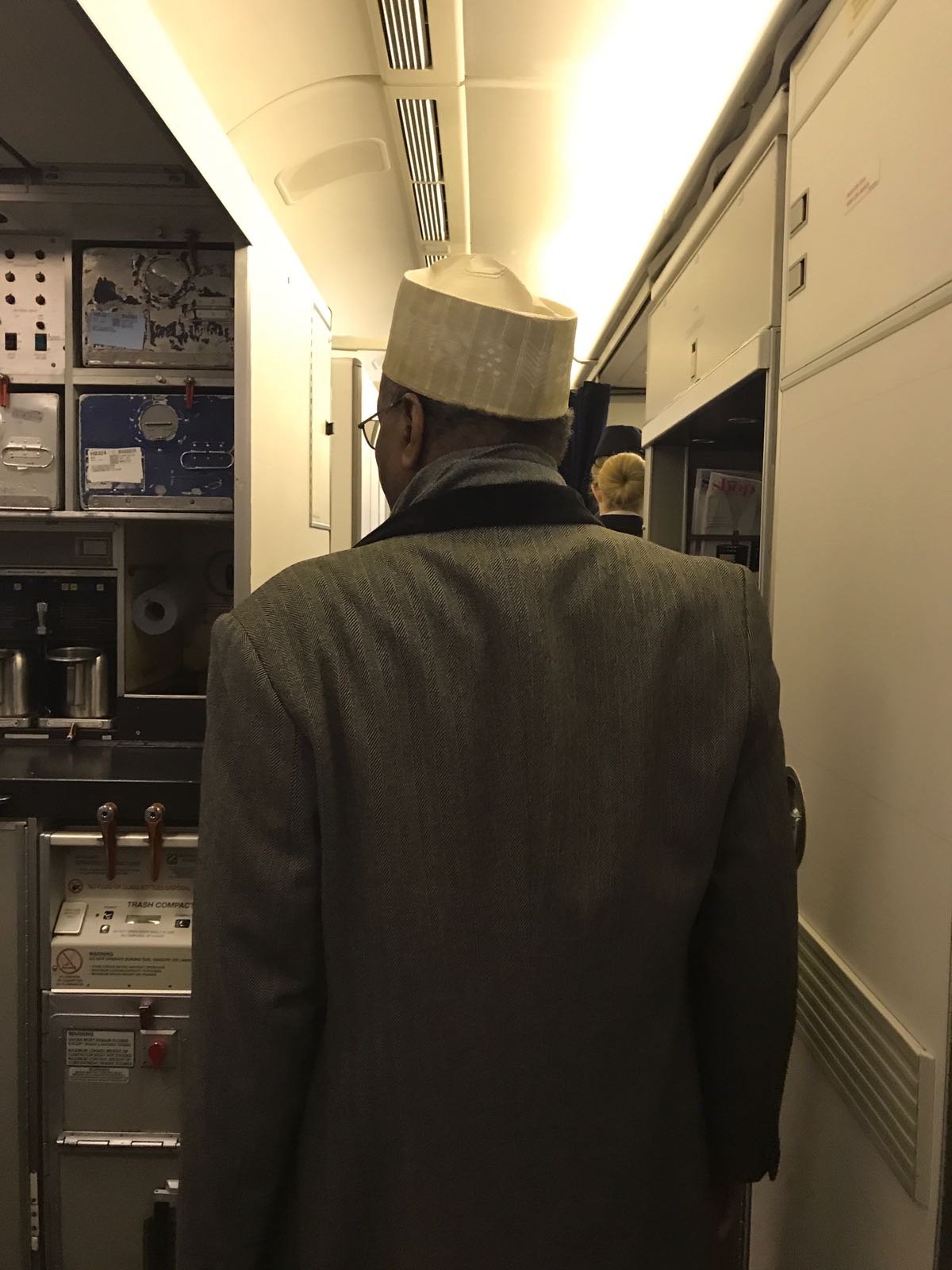 Wife of President Muhammadu Buhari, Aisha, who is battling perceived set of people jostling to take over control of the President, appears to be having the last laugh over this  set of cabal now famously called “hyenas and jackals.

“The first causality of the First Lady’s battle over the control of her husband is Mamman Daura, who sources revealed has been evicted from Aso Rock Villa after a failed effort to take over the first lady’s quarters.

Reports indicated that the First Lady has started implementing her  new strategies of bridging the gap being created by the likes of Mamman Daura between her and her husband on governance and sundry issues.

We can exclusively revealed that there was a showdown in the seat of power recently when some security agents, acting on the instructions of the DG SSS, Lawal Mamman Daura, took on the president ‘s wife’s team,surrounded Aisha and asked her to stand down, a military term, which means she should back off or be detained during a very bitter confrontation with Mamman Daura, the president’s nephew late last week.

Sources revealed that the cause of the showdown was the decision of Mamman to move his family to the glass house, the section said to be for the wife of the president.

“The President earlier  asked Mamman Daura to leave the  glass house residence for reasons best known to him but he refused, afraid that without close proximity his powers will dwindle and he asked his children to take charge of the place, a move that was strongly resisted by  some people in the villa,

According to reports when the wife of the President came outside to see what the commotion was about she was confronted by heavily armed SSS officers whowere  acting on the instructions of the DG SSS  LAWAL Mamman Daura who is a relative to Mamman Daura.

It will be recalled that it was the same Mamman Daura that was caught in a phone conversation calling her a suicide bomber from Adamawa.The audio had since gone viral.

The situation according to insiders has become so bad that the DG’s loyalty is to be to Mamman Daura instead of  Mr President and this is giving  security operatives in other arms a headache, but the truth is that the DG was brought by Mamman Daura so he believes he is the only person he owes absolute loyalty.

Our impeccable source  squealed that the relationship between Aisha and Mamman is so bad that some of the SSS  working for him are suspected to be  bugging Aisha’s phone  and reporting her conversations along with her children  to Mamman Daura through the SSS DG.

“Right now Mamman Daura has scampered  to London as it is not likely that President Buhari will change his mind,” said a source.