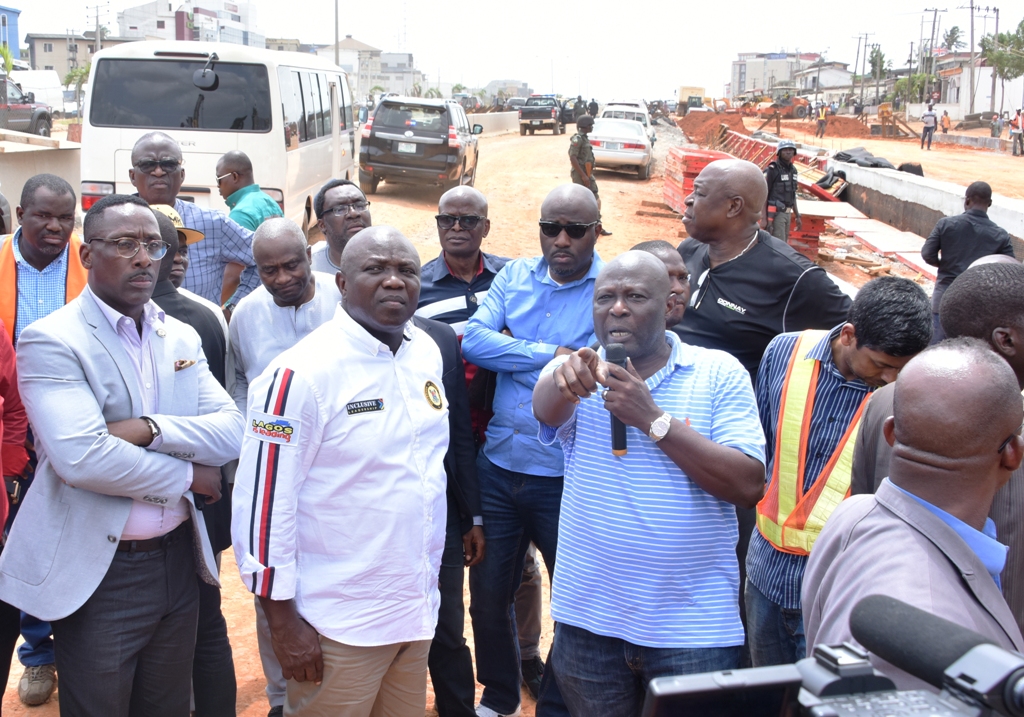 The contractors handling major ongoing projects across the Lagos State on Thursday assured that the 10-lane Airport Road and Pen Cinema Flyover would be completed by December 2018 as special end of the year gifts to residents and visitors.

The contractors, who spoke separately during an extensive inspection tour of major ongoing projects by the State Governor, Mr Akinwunmi Ambode which lasted for several hours, also said the network of roads in Ilaje and Bariga as well as a new jetty through which Ikorodu, Apapa, Lagos Island, Badagry, Ajah and Epe could be linked via the waterways would be ready in July, while the Oshodi Transport Interchange would be delivered by September.

Speaking at the U-turn flyover point along Airport Road after being briefed by Messrs Hi-Tech Construction Company, the Governor appealed to residents to bear with government for the inconvenience being experienced as a result of the construction work, saying that the project was designed to change the face of Lagos for good and improve on the economy.

He said: “We have just seen the progress of work on the Airport Road. I want to appeal to all Lagosians to bear with us. As much as possible, we have tried to reduce the impact of traffic on residents and other road users believing that it is in the overall interest of all that we should have a standard road that leads to our international airport.

“I have been assured by the contractor that this project will be part of our Christmas gift; it will be ready before Christmas and we should be able to use it in conjunction with the Oshodi Bus Terminal and then make a major facelift of what we are having in this whole axis.”

While urging those whose structures gave way for the project to bear with government, Governor Ambode said the State Government would soon commence payment of compensation to them once the necessary paper works are concluded, adding that the project, upon completion, would be a pride to Lagosians in particular and Nigerians in general.

Speaking during the inspection of Oworonshoki Lagoon reclamation which is designed to transform the blighted area to major tourism, transportation and entertainment hubs, Governor Ambode clarified that contrary to some reports in the media, the project was not a housing scheme but part of the overall programme for Lagos to emerge as the entertainment hub for Africa.

He said 30 hectares land space have so far been reclaimed out of the 50 planned for the scheme, while upon completion, the project would end the perennial flooding in the area, and would also accommodate boutique hotel, event centres, cinema, clubs, bars, bus terminal, parking space with capacity for about 1000 vehicles, among others.

The Governor, who also inspected the ongoing network of roads linking Bariga to Ilaje and a new jetty, commended the contractor handling the project, Messrs Avatar Global Resources Limited for the level of work done so far and the assurance that the projects would be delivered by July.

He said in a bid to cater for the growth in economic activities that the projects would facilitate to the area, a comprehensive health centre would be commenced immediately in Ashogbon, while the additional 14 roads already approved to be constructed in Bariga Local Council Development Area (LCDA) would also be delivered on schedule.

At the inspection of ongoing new Model College in Sabo area of Yaba which is billed to be delivered in December alongside that of Angus Model College in Shomolu, the Governor said the intention of his administration is to scale up infrastructure in public schools across the State, starting with commencement of massive rehabilitation of public schools.

“What we are seeing here is our new concept of what a model college should look like and that is why in this complex we have about 36 classrooms, nine laboratories and because of the land space here, we don’t really have a recreational facility around but the ones we are building in Ojo and Shomolu, they have all the necessary recreation facilities that should actually go with a modern secondary school.

“The idea is that we want to increase the number of model colleges that we have; we also want to create a new template of how public secondary school should look like moving forward. This is our own template; this is the way we want to begin with it; we are doing three now; we will move forward next year to expand model colleges in the State.

“When you add the total length of the Pen Cinema Bridge together, it is equivalent of Ajah and Abule Egba Bridges. In terms of the width, it is wider. We are impressed with the progress of work here; I am actually impressed with what has been done in the abatement area and the piling that is being done.

“We believe this flyover will change forever the economic landscape of the Agege axis because it comes with its economic value and expanding our infrastructure to this axis by complementing what we have in Abule Egba is the right way to go. I just want to encourage the contractors to deliver on schedule by December,” he said.

The Ayinke House is a 162-bed space facility and expandable to 250, with other features such as 22 neo-natal intensive care units, 16 intensive care units for adults, five fully equipped theatres, laboratory, common ward, maternal and child care centre, among others.

Pictures from the inspection below; 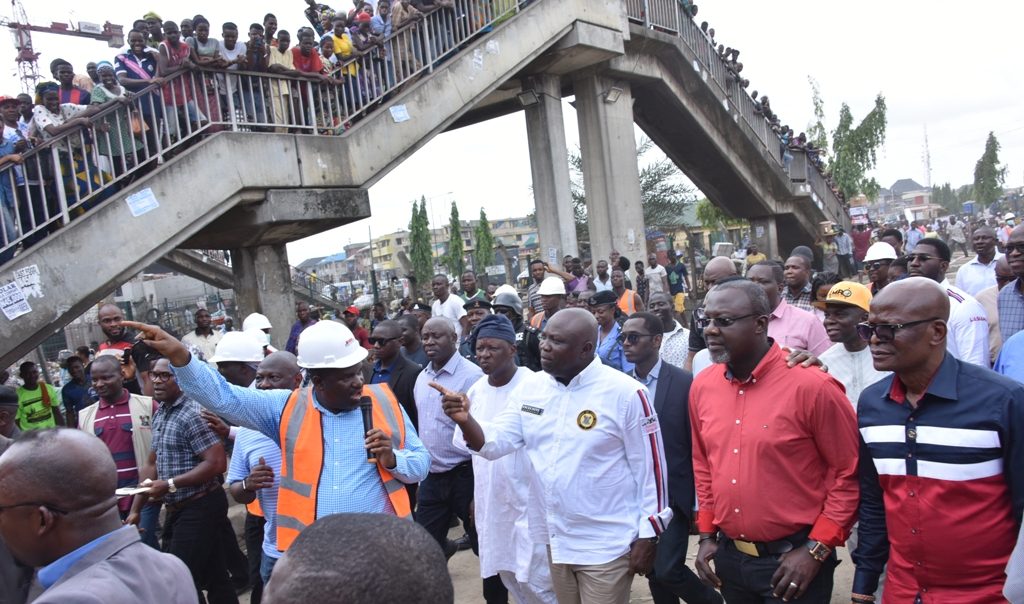 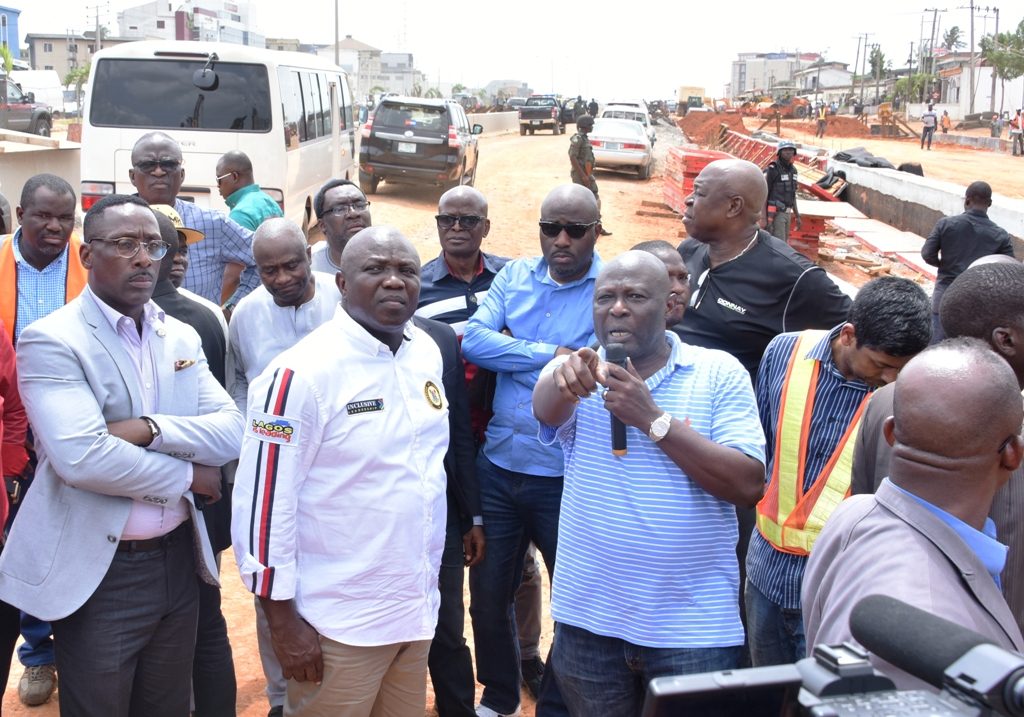 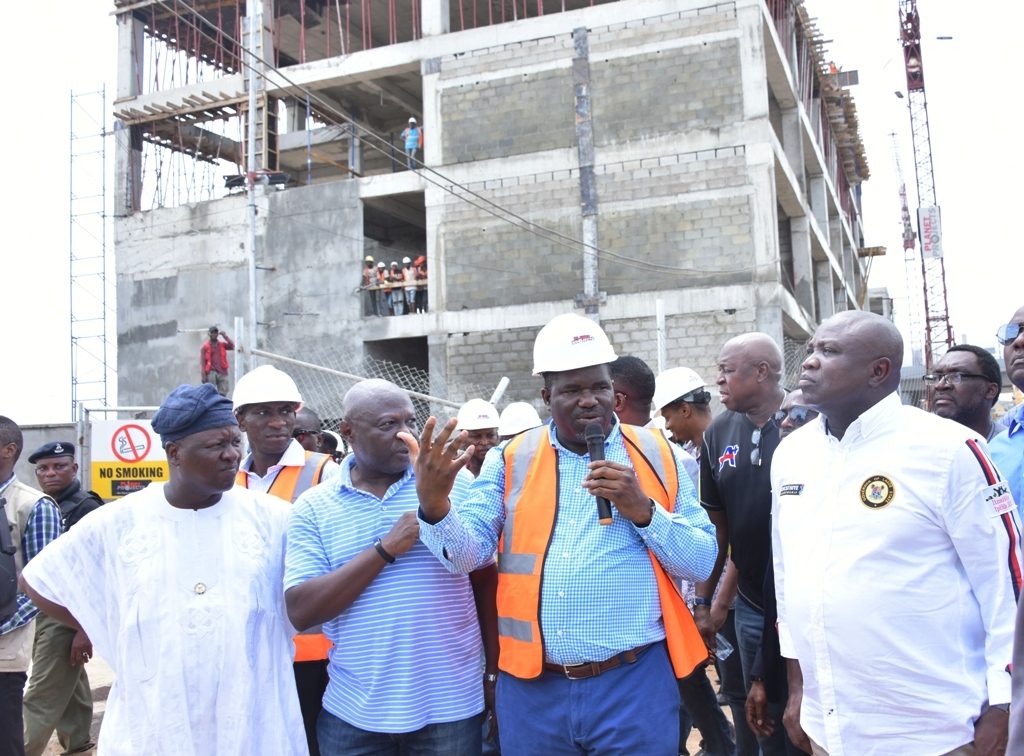 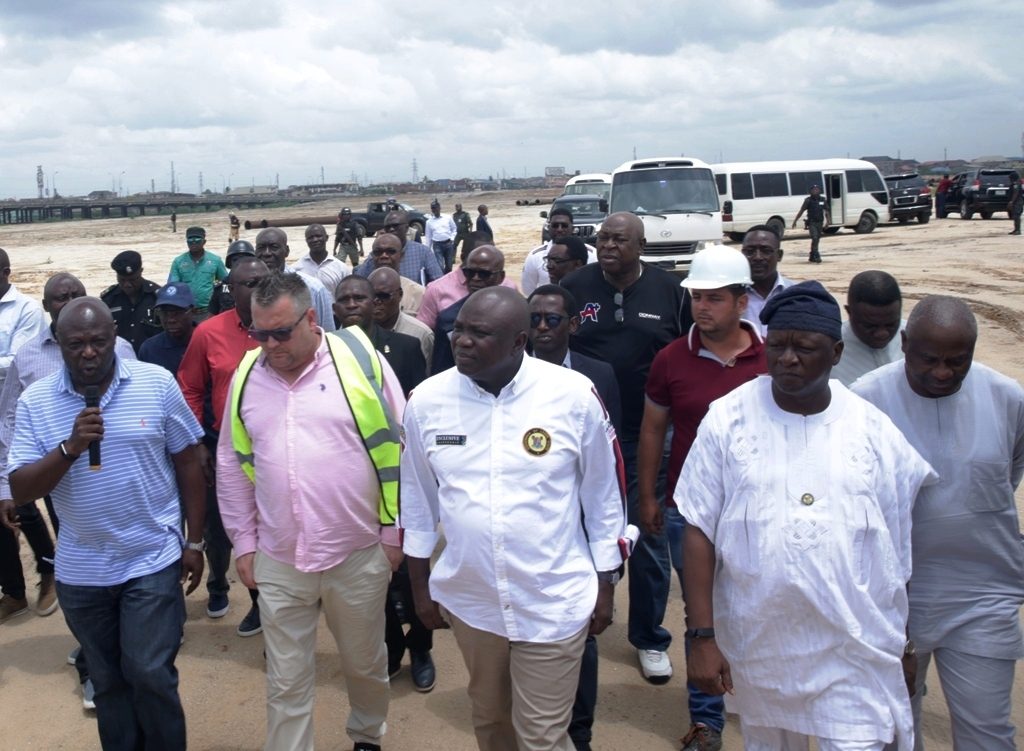