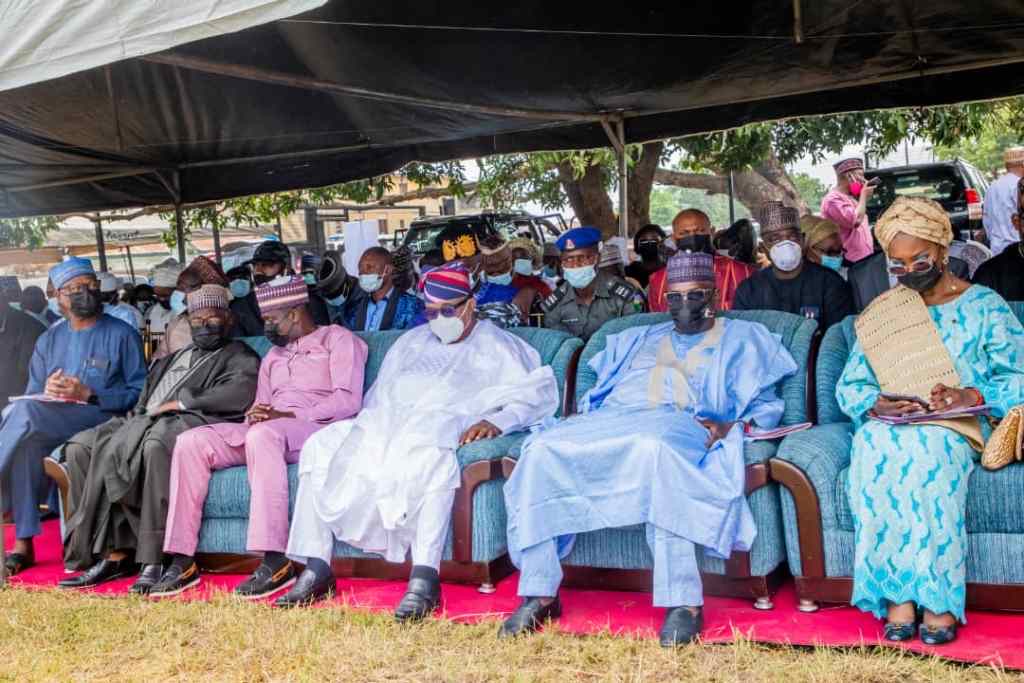 Ilorin, the capital city of Kwara State, on Sunday stood still in honour of the late sage AGF AbdulRazaq (SAN) as dignitaries from across Nigeria gathered for the one year memorial prayers since his death last year.

The one year prayer, held at the sprawling family house of the late sage at Surulere Ilorin, was attended by creme de la creme from across the country, hosted by his first son and the new Mutawalle of Ilorin Dr. Alimi AbdulRazaq and his siblings.

The chief Imam of Ilorin led the prayers for the late sage and the family, beseeching Allah to continue to be with them.

Then came the sermon that dwelt on some religious, socioeconomic and political developments in the state — including the political muscle-flexing that subtly reared its head at the recent Eid-ul-Adha prayers in Ilorin which Sheikh Habeebullah condemned as unbecoming, un-Islamic, and totally unnecessary for a state just finding its feet in the areas of basic amenities and among its peers.

“There is no place for thuggery and political showmanship at Eid. It is unacceptable and people must desist from such practice,” he said.

He described the late AGF AbdulRazaq as a pride of Nigeria and a phenomenon that life throws up only once in a century.

He urged his children not to depart from his path especially his patience, commitment to education, humility, and love for humanity and development.

A government has not been elected to share public funds for patronage, and patriots and lovers of the state must rise against opposition to any government based on selfish interest of a few, the foremost Islamic scholar added.

He commended the Governor for his prudence, humility, spartan lifestyle, and his efforts to attend to the basic needs of the people.

“I had envisaged that you (government officials) would be raining millions here today but to my satisfaction, you did not. Otherwise, we would have asked where you got the money from. This shows you are prudent in government,” the cleric said, likening the Governor’s prudence to that of the iconic fifth caliph of Islam Umar ibn AbdulAzeez who he said drew a line between family and government obligations.

He said the Kwara Governor has the onerous tasks of delivering a state that would be at par with its contemporaries in basic facilities and human capital development indices.

Urging the Governor and his party men to forgive one another and to avoid vengeance, he commended the Governor for his prudence, humility and efforts to reposition the state by fixing basic infrastructure and restoring confidence in the state.

Sheikh Habeebullah, who is the Rector of the popular Markaz Agege (Lagos), said he found it strange that anyone would wish for any government to fail.

“If some people got to power and then left a trace of blood and agony in their treatment of dissents, you should not do that. Your ancestry does not align with that. Forgive anyone who may have wronged you in any way. That will be the greatest legacy for your late father who was a great man of all time,” the scholar told the Governor.

Speaking on the recent development at the Ilorin Eid praying ground, Sheikh Habeebullah said: “The character some people put on in the last Eid-ul-Kabir celebration was not proper. It was disruptive and condemnable. The implication of such was that we were disrespectful to the Almighty creator, the Prophet and concerned authorities. This act is not acceptable in a predominantly city of Islam like Ilorin. What God mainly requires from us to fulfill at the Eld-ul-Kabir celebration is the fear of Him we carefully exhibit on our way to and return from the prayer grounds. I am not a politician but a cleric, and clerics are not expected to be partisan politicians. This is the truth, whether we like it or not. It is not about hatred against or love for anyone. It is about saying it the way it is.

“Those who truly love Kwara state must love you (Governor) and wish you success in office. It is our prayer that God continues to guide the government. What is our gain if our government fails?”