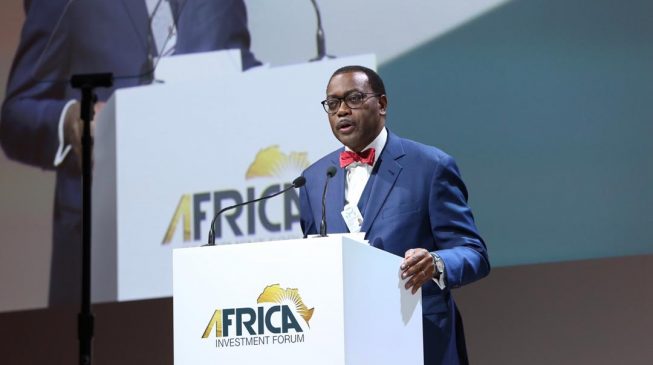 Akinwumi Adesina, the president of the African Development Bank (AfDB), has expressed support for Eco, the proposed single currency for the Economic Community of West African States(ECOWAS).

Adesina was speaking on Tuesday after a visit to President Muhammadu Buhari at the Presidential Villa in Aso Rock, Abuja.

“I think that at the end of the day the biggest thing to happen to Africa is the African Continental Free Trade Area (AfCFTA). That free trade area itself is worth over $3.3 trillion in terms of trade,” he responded when asked if the African countries should adopt the single currency given the adoption by eight Francophone countries.

“Obviously been able to trade in various currencies, it’s not optimum to trade in so many currencies. So it makes common sense to have a unified currency and of course for that to even been achieved – the Eco, I support Eco greatly, I think it’s a great idea to do.

“Obviously, there are a number of convergence criteria that would have to be met and I am sure that our President is taking with other presidents to be sure that they can meet those criteria and the region can be fully integrated.”

When asked if the currency should be pegged against the Euro, Adesina responded: “the issue for us is going to be how to have a well-integrated monetary policy and fiscal policy within the region, that is the most important thing and then you figure out the rest later”.

“I am very encouraged with the progress of the heads of state on this particular issue and I am very confident that President Muhammadu Buhari will make even greater progress on that.”

On December 21, eight countries namely Benin, Burkina Faso, Guinea-Bissau, Ivory Coast, Mali, Niger, Senegal and Togo, announced that they would be changing from the CFA Franc to Eco through their union, West African Economic and Monetary Union.

The countries, which are all French colonies except Guinea-Bissau, severed financial links to France with the decision.

Responding to the action, Zainab Ahmed, the minister of finance, budget and national planning, said the country is studying the situation and deciding the next course of action.