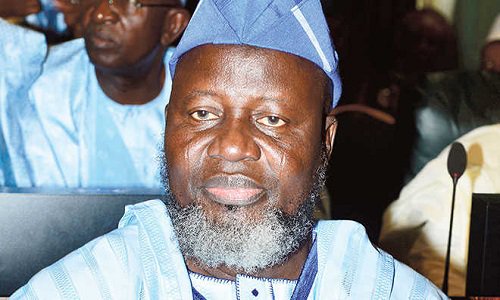 No one knows when the Minister of Communication, Alhaji Adebayo Shittu will be free from scandals as a fresh one is trailing him right now, as he is being accused of presenting a receipt of just N5,000 Naira as proof of his tax payment to the Oyo State Government for his clearance to become Minister of the Federal Republic of Nigeria.

Mr. Shittu who was disqualified from contesting the governorship primaries of his party, the APC in Oyo State over his non participation of the mandatory NYSC program in Nigeria.

It is said that Mr. Shittu’s Tax receipt did not have an identification number as of the time he paid the meager sum was paid to the Oyo State Towns Planning Office in 2014, indicating that he might not have been a regular taxpayer.