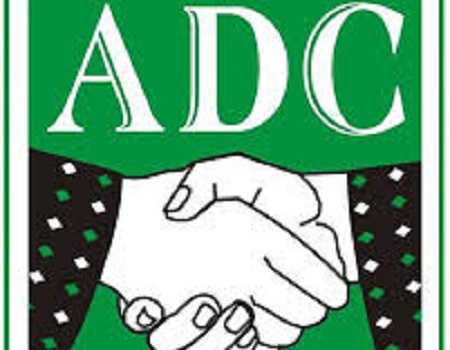 Ralph Nwosu, national chairman of the African Democratic Congress (ADC), says there is a thin line between oppression and revolution.

In a statement on Tuesday, Nwosu asked the federal government to tackle the killings in Kaduna and other parts of the country.

He also described as mischievous, the reproduction of an audio interview with Obadiah Mailafia, presidential candidate of the ADC in the 2019 election.

In the interview which has since gone viral, Mailafia was quoted to have said some repentant Boko Haram militants identified a governor from the north as a commander of the sect.

But Nwosu said the interview was misrepresented and reproduced without Mailafia’s consent.

He said while it is the party’s position that the Buhari administration seems to be paying lip service to combating of crime on all fronts, Obadiah’s remarks were sensationalised.

He said “patching the video to suit narrow views by certain agents” was meant to embarrass Mailafia.

“The leadership of the African Democratic Congress wishes to state clearly that the audio interview with our 2019 Presidential candidate was reproduced secretly and without his authorisation. The contents were deliberately focused on his remarks on bandit and killings in Kaduna State, leaving out the contextual premise.

“These guys ended up sensationalising some of the remarks and diminishing the major import of the message of our candidate and our party, ADC. There is no denying that ADC, like most Nigerians, is concerned about the sad story of the banditary ravaging most of the northern states and the security challenges nationwide.

“This is very distressing and diminishes the reality of very horrible situations the people of Southern Kaduna and some indigenous northerners face on their own home fronts.

“Dr Obadiah Mailafia is a humane and patriotic Nigerian with impeccable records. He has never been associated with any mischief or violence. The Federal Government must however know that there is but a thin line between oppression and revolution and must, as a matter of urgency, tackle the crisis the way it should be tackled.”

The ADC national chairman also said the “grave security situation” in the country has been a major source of concern for the party, adding: “This concern is shared by all patriotic Nigerians. The attitude of government officials and inability of the military and security forces to bring under control the banditary, Boko Haram insurgency and other ravaging insecurities, leaves much to be desired.

“This is the source of the anxiety and toxicity that have enveloped the country. Nigerians should disregard the sensationalism and come together to deal with the threat and toxicity. The mischief makers should retrace their steps, apologise to Dr Mailafia or publish the said interview unedited to bring out the context.”