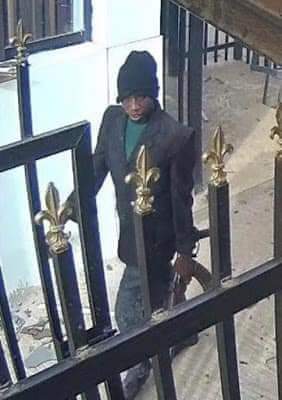 The Head of the IRT Unit of the Nigerian Police DCP Abba Kyari has spoken about the death of the key suspect in the Offa robbery incident that died in Police custody,Michael Adikwu

Abba Kyari took to his social media to ask Nigerians not to lose sight of the ball .According to him,the late Adikwu was not the one that linked Senate President Bukola Saraki to the incident.

“Friends: This Offa Bank Robber/Dismissed Police Michael Adikwu we arrested as Shown below clearly Captured by the Bank CCTV Camera in Offa With his Ak47 Riffle during the Bank Robbery, Confessed to have Personally killed 22 Innocent Citizens on the day of Offa Bank Robbery is not Among the 5 Gang members Equally Arrested Who Publicly confessed before the Media to be Political Thugs to a Prominent Politician.

Notwithstanding that he confessed to have Personally killed 22 innocent Citizens on the day of the Offa Bank Robberies and the fact that he was previously charged to court for Armed robbery and was granted bail by the Court before he masterminded the Offa bank Robberies, We Still intended Charging him to court again before he got Sick and died.

Pls Nigerians Should be Aware that Offa Bank Robber Micheal Adigun is not Among the 5 that Publicly Confessed to be Political Thugs and all those 5 are alive and Charged to Court already. It’s important to Clarify because Some Politicians are trying to twist the story to show that the Robber that Mentioned them is dead to Discredit the Efforts And Sacrifices we made in Arresting these Deadly Offa Bank Robbers.

We have nothing to hide and any form of Investigation can be done on the death of this Notorious Bank Robber as we continue our unrelenting Search for the remaining gang members at Large.”