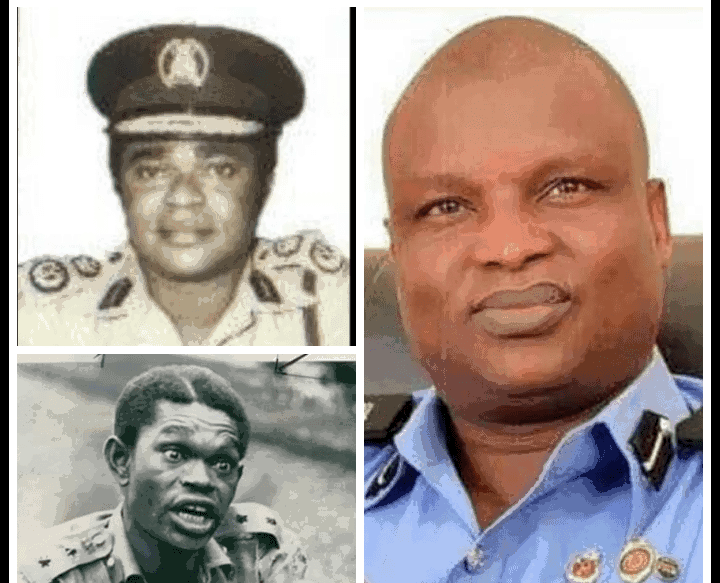 Assuming without conceding that the super cop erred, do we throw away the baby with the bath water? While l believe no one is indispensable, should we use his supposed infraction to throw him out, in spite of his effectiveness? I’m looking at the larger picture in a sober mode.

“Black scorpion,” Brigadier Benjamin Adekunle, was doing well at the Third Marine Commando during the Nigerian civil war. He clashed with the Head of State, Yakubu Gowon over operational issues and for Gowon conducting a wedding when they were facing fire at the war front.

Pronto, a “Hushpuppy” was procured in the name of a lady called Iyabo Olorunkoya, who was alleged to be Adekunle’s girlfriend but was arrested for drugs trafficking. Adekunle was found guilty by association and was recalled from the war front and his military career cut short.

In the 90s Police Commissioner, Fidelis Oyahkilome was doing well at the helms of NDLEA but he had a liaison with a society lady called Jennifer Madike (now an Evangelist), who was convicted of a couple of offences and that cost Oyakhilome his job. Would history repeat itself?

Abba Kyari has done well and l don’t think we should throw away the baby with the bath water, without prejudice to his alleged infraction or being in wrong company. The larger society may be the ultimate loser.