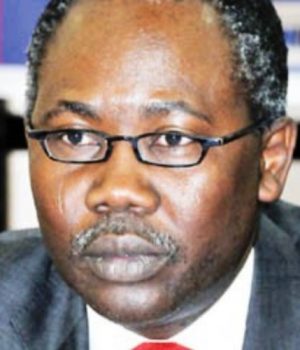 The family of former head-of-state Gen. Sani Abachi has hit back at former Attorney-General of the Federation (AGF) Mohammed Adoke (SAN) over alleged false claims he made in his book.

Adoke claims that the Abachas went to court over OPL 245 because of their political connections. But, the family said it was not directly in court over the oil deal as Adoke claims.

In a statement by Mohammed Abacha, the family said Adoke made a “baseless allegation” in his book: Burden of Service – Reminiscences of Nigeria’s former Attorney General.

Adoke writes: “The Abacha family decided to go to court and make claims on the OPL 245 otherwise known as Malabu because it has sympathisers in the Mohammadu Buhari Government.”

The family said contrary to Adoke’s claim, a separate legal entity, Malabu Oil and Gas, in which Mohammed Abacha has a stake, is in court over OPL 245.

Besides, the family said its members were citizens with rights and do not need influence or sympathisers in the government to seek justice through the legal process.

The family said Malabu Oil and Gas had consistently engaged the judicial process to seek redress even under previous administrations.

“The Abacha family and/or Malabu Oil and Gas Ltd has always engaged the constitutional legal process in seeking redress and does not need any political sympathisers or conducive political environment to seek justice.

“Malabu is presently in court not because of any sympathiser(s) in government. It has no such sympathisers and does not need one like the Adoke’s sense of justice of influence peddling would want the world to believe,” the family said.

It added: “It is, therefore, unfortunate and totally false for Adoke, a former Chief Law Officer of the Federation to have been quoted or credited as saying that: ‘for the eight years that president Obasanjo was in power, the Abachas never came out to make a claim to OPL245. They never tried it under President Yar’adua. Under President Jonathan, they never came out boldly to assert any claim.’

“It will be recalled that in 2010 Alhaji Mohammed Sani Abacha instituted an action at the Federal High Court, Abuja in suit NO. FHC/ABJ/CS57/2010 before Hon. Justice Kolawole asserting his 50 per cent wnership shares in Malabu Oil & Gas Ltd.

“It was during the pendency of this action that the purported re-allocation of Malabu Oil & Gas Ltd to Shell Nigeria Exploration and Production Company, and Nigeria Agip Exploration (NAE) was carried out under the watch of Mohammed Adoke (SAN) in 2011.

“Also, Mohammed Sani Abacha asserted his ownership of 50 per cent before the House of Representatives Committee on Malabu Oil & Gas Ltd in 2014. The report of the committee confirmed Mohammed Abacha’s 50 per cent ownership in Malabu Oil and Gas Ltd.

“It will also be recalled that when the report was challenged at the Federal High Court Abuja before Hon. Justice A. R. Mohammed, Alhaji Mohammed Sani Abacha instructed the law firm of R.O. Atabo & Co. to file an application for him and Pecos Energy Ltd to participate in the case as interveners in suit No. FHC/ABJ/CS/816/2014.”

Abacha said when his shares were allegedly altered on Form CO2 at the Corporate Affairs Commission (CAC) Abuja, he petitioned the CAC Director-General, following which the share structure was reversed and the matter referred to Economic and Financial Crimes Commission (EFCC) for investigation.

“Notwithstanding the reversal of the share structure, Malabu Oil & Gas was purportedly sold and re-allocated to Shell Nigeria Exploration and Production Company, Shell Nigeria Ultra Deep (SNUD) and Nigeria Agip Exploration (NAE) under questionable circumstances for a consideration of $1.3billion,” the statement said.

Abacha said $801,540,000 was allegedly transferred from the Federal Government Escrow Account to Keystone Bank and First Bank accounts controlled by a private individual, who was neither a shareholder nor director of Malabu Oil & Gas and without appropriation by the National Assembly.

“The 1999 Constitution (as amended) provides that all monies accruing to the Government of the Federation shall be appropriated by the National Assembly,” the statement said.

Abacha added that there was no shred of evidence that $801,540,000 was appropriated by the National Assembly.

Magu did not Allege Corruption in N-SIP – EFCC