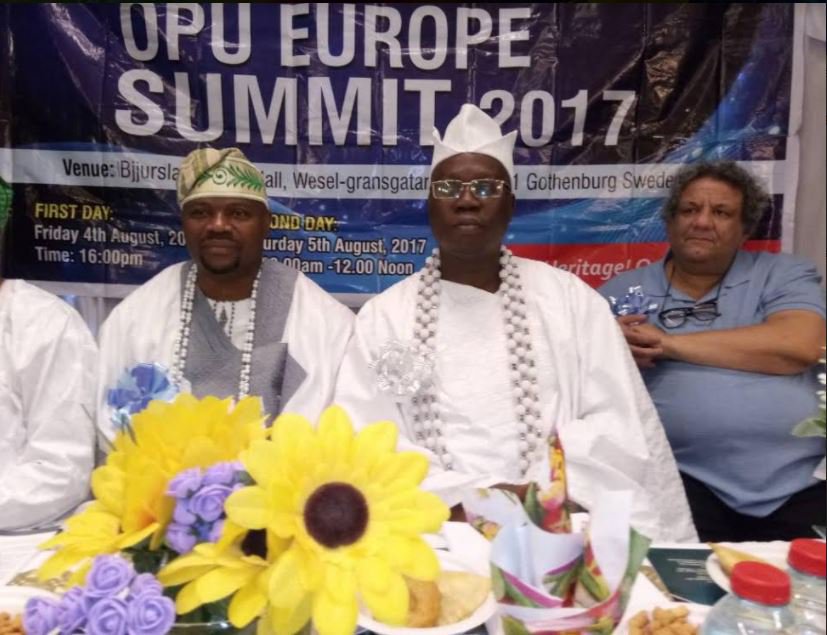 Indicating a hundred percent support for Adams, Babalola, who received Adams at his university office yesterday urged the new generalissimo to pursue the unity of the Yoruba race and make it greater than he met it.

He said, “Everybody know he (Gani Adams) has been nominated by Aalafin as the next Ona Kakanfo. He has come personally to give me my invitation to attend his installation. I am 100 percent in support of the appointment of Gani Adams by the Alaafin.

“If you followed the history of this young man, he has been very dynamic, highly focused person and I think this is parts of the characteristics that made Alaafin to appoint him.

“My advise to him is that he is holding very sensitive position in Yorubaland. The position held by great people who made Yoruba a nation. He will continue to do what others before him did, think of making the race greater and to defend its cause. ”

In his remark after touring the medical facilities at the new Afe Babalola University Teaching Hospital, Adams said that instead of going abroad, the ABUATH should be the new medical tourism destination for Nigerians.

He noted that the facilities in the teaching hospital could be compared with the ones he saw in United Kingdom and Germany.

“I appeal to the management that they should allow the cost to be moderate. We don’t need to travel out again for medical check up with what is in the teaching hospital.

“I came to seek elderly wisdom from Chief Afe Babalola, who is one of the most influential people in Africa. Not only as legal luminary but as somebody who has done a lot to unify the Yoruba nation.”

“He has taught me even post installation agenda because it is one thing to be installed as Aare Ona Kakanfo and it is another thing to perform in that position”.

The traditional rulers also backed Adams when visited each of them at their palaces during the weekend.

The Akoko people , especially Arigidi son’s and daughters where Aare Adams hails from could not hide their feelings as they give their sons a heroic welcome to their communities and praising him for bringing such honour and prestigious title to them.