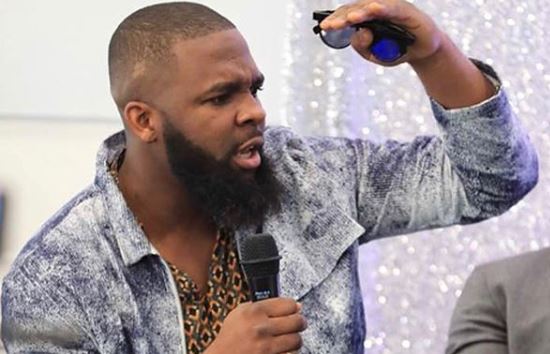 Oyemykke in a new video berated the African stereotype that has gotten so many gay men into socially acceptable marriages and relationships they never wanted.

The Instagram celebrity alleged that many gay men in Africa are dating beautiful women just to stay and look normal. He also told women not to feel they are responsible for their failed marriages because some gay men have gotten into unwanted cages called marriage just to be socially acceptable.

HES JUST NOT INTO YOU.

A lot of GAY men dating beautiful women just to stay & look NORMAL.
A lot of Bi men are in unwanted cages called marriage just to be socially acceptable.

In a rejoinder video he shared, Oyemykke stated that running away from discussions about homosexuality, Lesbianism and Pedophilia will cause everyone more pain. He further revealed that he knows some families that have sent their kids abroad after they opened up on their sexuality, because they don’t want them to bring shame to them.

Homosexuality, Lesbianism , Pedophilia & these other topics are issues we need to discuss . The more we frown at them instead of discussing them, the more pain we cause ourselves. Do we bring our guns & shoot them all? Or do we find means of understanding what we could do to help the society?? #HumansNotDemons

For clarification sake , I did not say any of these above mentioned groups should be legalised. I said they are topics we need to discuss instead of frowning upon because they do exist.

Pedophilia can be sickening to myself & yourself but it’s still very much being practiced in Africa. As a matter of actual fact, it’s more acceptable there than Homosexuality is ?? ( all because HOMOSEXUALITY is frowned upon in the religious books )

It is important to get my point instead of replying just for the sake of it. We have issues that need to be tackled, addressed & brought to light not tuck them under the Beds.