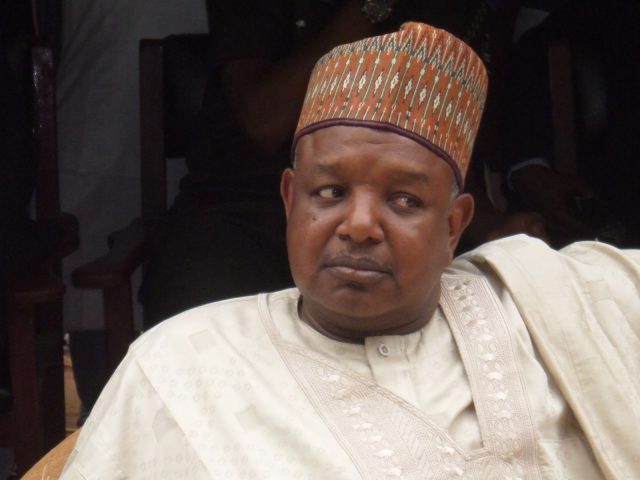 News broke on Friday that the US government has opposed a move by Nigeria to hand over $110 million to Abubakar Atiku Bagudu, the Kebbi state governor.

Bloomberg reported that the money is part of the Abacha Loot to be repatriated.

The Kebbi governor was the investment adviser to Sani Abacha, the late former head of state believed to have looted over $5 billion from the nation’s treasury.

Bagudu’s assets were seized along with Abacha’s because they were considered to be his reward for the “services” he rendered to the military head of state.

Court documents seen by TheCable show that the planned payment is a product of a 2018 agreement between Bagudu and the federal government.

TheCable highlights what the $110 million (equivalent to N33.7 billion at the $1/N306 CBN exchange rate) could otherwise have been spent on in the quest to develop Nigeria.

According to the United Nations Children’s Fund (UNICEF), Nigeria has 13.2 million out-of-school children.

Out of this, the girl-child accounts for 60% of this figure.

By budget estimates, N10 million can construct a standard block of four classrooms.

This means that the N33.7 billion earmarked for Bagudu could be used to construct 3,370 blocks of four classrooms, making it a total of 13,480 classrooms.

Nigerians are not lucky to have many federal medical centres like the one in Ebute Metta, Lagos where there is improved healthcare as a recent undercover investigation revealed.

Cancer has been identified as one of the leading causes of death globally and there were only four radiotherapy centres in the country as at April 2019.

Nigerians often seek cancer treatment abroad or die from the disease due to inability to afford treatments.

With N33.7 billion, 37 radiotherapy machines could be acquired to improve healthcare delivery in hospitals across the country.

The money could also purchase 674 c-arm x-ray machines with one valued at N50 million.

The machine is used during orthopaedic procedures and apart from being mobile, they give a real-time clear-cut view of anatomic structures of the patients.

97 BOREHOLES IN EACH LGA

According to UNICEF Nigeria, 70,000 children under the age of five die in Nigeria annually as a result of water-borne diseases.

The cost of drilling a borehole is estimated at N450,000, the N33.7 billion could provide 74,889 boreholes translating to 97 boreholes in each of the 774 local governments.

Insecurity is rising at the tick of every second in Nigeria — with the government appearing helpless as lives of people are threatened daily.

Lack of funding has been mouthed as one of the factors hindering the fight against insecurity.

With N33.7 billion, Nigeria could reinforce its security architecture with more sophisticated weapons.

With one JF17 thunder aircraft valued at N4.3 billion, for instance, eight could be acquired to further boost the fight against insecurity.

The federal government introduced social investment programmes as part of efforts to lift Nigerians out of poverty.

N-Power is one of those programmes.

This means about N15 billion will be needed to pay the 500,000 volunteers of the scheme their monthly stipend, less than 50% of the $110 million largesse for Bagudu.

This means the money can pay as many as 1.12 million N-Power beneficiaries.

Here are some of the projects that N33.7 billion can cater for in the 2020 budget: