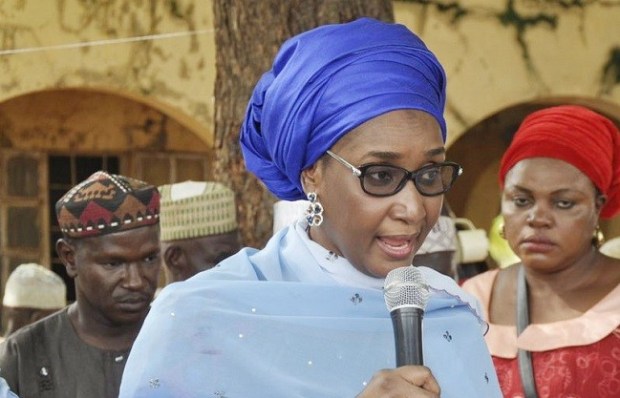 Minister of Humanitarian Affairs, Disaster Management and Social Development, Sadiya Farouq, has expressed the resolve of the federal government to lift 90 million Nigerians currently living in poverty across the country.

Ms Farouq said this while presenting the 2020 budget estimates N44.21 billion for the approval of the House Committee on Internally Displaced Persons and Refugees chaired by Mohammed Jega on Monday.

The minister said the ministry was tasked with the responsibility to address some of the underlying causes, drivers and consequences of humanitarian crises and underdevelopment including.

She said this included the relatively high level of poverty of nearly half (90 million) of the country’s 198 million population live in.

The minister assured that the new ministry would strengthen the coordination of humanitarian and disaster management efforts by stakeholders.

The breakdown of the proposed 2020 budget for National Commission for Refugees, Migrants and Internally Displaced Persons include N474,306,285 for personnel, N165 million for resettlement of IDPs in the North East and Bakassi returnees in the 2020 budget proposal.

Others are N15 million for 1,000 IDPs enrolment into NHIS; N105 million for renovation/rent of 21,000,000 per state; N60 million Back to school fees; N105 million for drilling of borehole; N184 million for securing land for relocation and reintegration of IDPs in FCT, Nasarawa States and N110 million for 2,200 families as return assistance to North East, among others.

Speaking, the chairman of the committee assured that the budget will impact positively on all Nigerians.

“We are therefore poised for a collaborative action with the executive arm of government to ensure that we design a performing budget that will meet the expectations of the teeming populace,” he said.

He also applauded the resolution of President Muhammadu Buhari for creating the ministry with a view to addressing the numerous humanitarian challenges in the country as a result of insurgency, armed conflicts and other forms of conflicts.

Meanwhile, speaking before the House Committee on Women Affairs, Oriyomi Onanuga, resolved to address the “relatively high unemployment (at 23.2 per cent) with over 40 million unemployed or underemployed.”

Mrs Onanuga also expressed the determination of the government to address the high number of unemployed persons of concerned “including over two million IDPs, 230,000 Nigerian refugees in Niger, Chad and Cameroon and 45,000 refugees in Nigeria”.

“(This includes) 22 million persons with disabilities; over 14 million persons in one form of drug and substance abuse or the other and growing needs of the elderly and vulnerable groups.”

Related Topics:90 millionMinisterNigeriansPovertySadiya Farouq
Up Next

Our father raped us at knifepoint – Two sisters