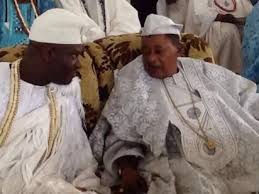 For the first time in seven decades, the new Ooni of Ife?, Oba Ogunwusi, on Sunday, became the first Ooni to visit Oyo town since 1937.

Oba Ogunwusi, made history as he visited the Alaafin of Oyo, Oba Lamidi Adeyemi III, to grace his 45th coronation anniversary thanksgiving, held at the Methodist Church, Apaara, Oyo State.

The entire town became electrified immediately news filtered in that Oba Ogunwusi’s convoy has reached Owode, followed by many other Obas.

Recall that for decades, the late Ooni Sijuwade and Oba Adeyemi were embroiled in supremacy battle.

Decked in the normal Ooni trademark attire, Oba Ogunwusi shook hands with the Alaafin and they sat on the same chair, both beaming with smiles.

Present at the historic event were no fewer than 30 Obas which included the Timi of Ede, Owa Ajero of Ijero, Ore of Otun Ekiti?, Orangun of Ila, Akinrun of Ikirun, Aragbiji of Iragbiji and Elerin of Erin Osun

An elated Oba Adeyemi, who had earlier read from the Bible, said the last time an Ooni visited the Alaafin was in 1937, adding that he was ver?y close to many Obas in Yorubaland and beyond.

Revealing how close he was to Ooni Adesoji Aderemi, the monarch said he never disrespected him but prayed for his longevity on the throne.

Oba Adeyemi said: “The misunderstanding started during the reign of the last Ooni. May your reign be long, Ooni.? I am happy with Ooni Ogunwusi’s moves to unite all Yoruba Obas.”

On his part, Oba Ogunwusi, who described the Alaafin of Oyo, as a great monarch?, pointed that “it is a new dawn for all Yoruba sons and daughters around the globe,”

Oba Ogunwusi and other Obas were later hosted inside the Palace of the Alaafin.

pictures of the Ooni and Alaafin below. 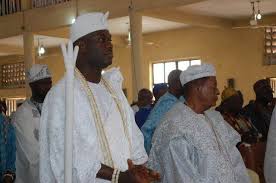 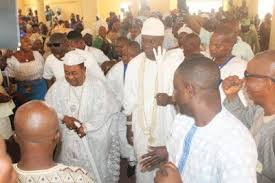 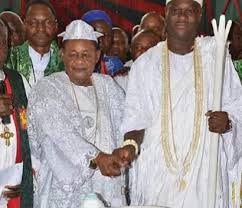 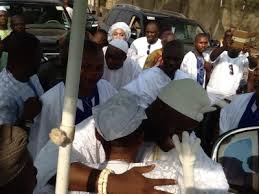 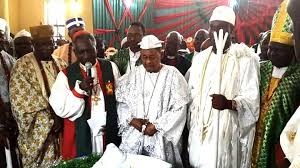 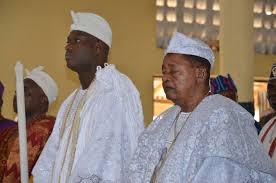 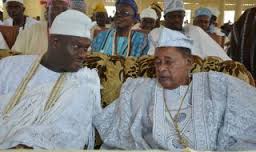 Facebook: US court rules you cannot tag person who has restraining order against you