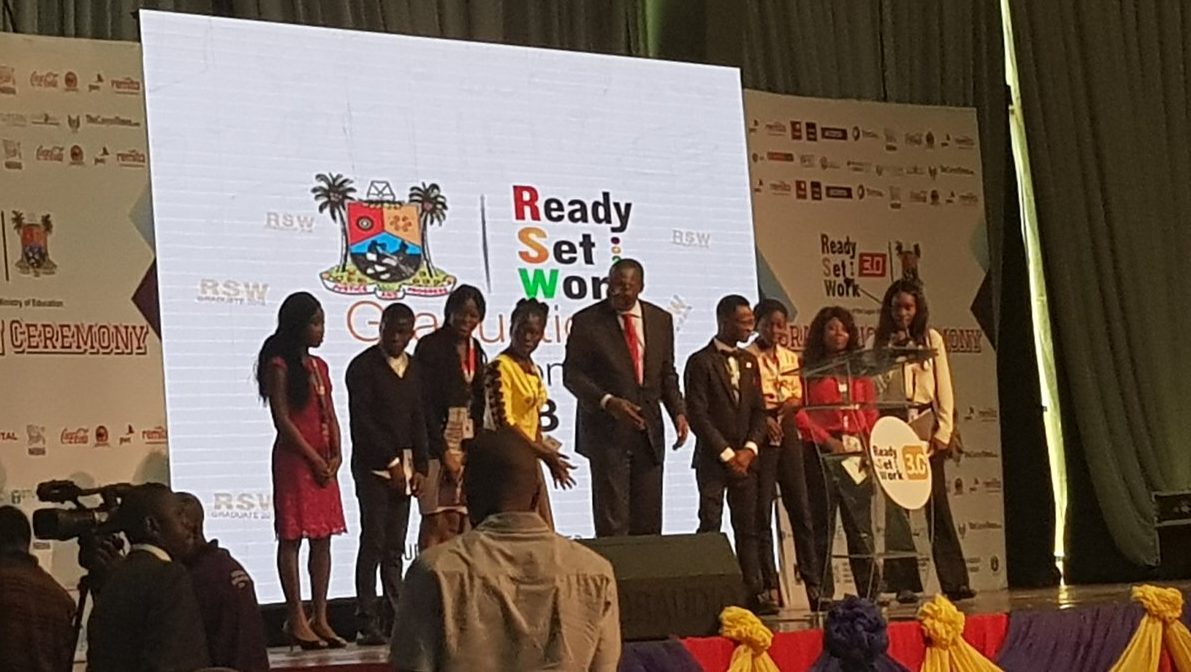 No fewer than 5000 participants have graduated from third edition of the Lagos State employability and entrepreneurship programme tagged Ready Set Work 3.0.

Speaking to participants, volunteers and partners of the programme on Tuesday, Lagos State Governor, Akinwunmi Ambode, who is not eligible to compete for a second term in office after he was roundly defeated in his party’s primary election, said he was happy at how the programme had grown since it was initiated and that it should not be allowed to die.

Mr Ambode had initiated the 13-week programme in 2016 as means of preparing young adults in the state for the workplace. The programme kicked off with 500 participants and 52 volunteers but has since grown exponentially to the 5,000 participants, who graduated today.

“Programmes like Ready Set Work, Code Lagos, and the Employment Trust Fund must not be allowed to die,” he added.

The Global Challenge competition sponsored by BusinessDay Newspaper is a sort of quiz which revolves around issues of different sectors including business and economy, politics, current affairs, entertainment, sports and others with five representatives from each of the centres.

Speaking about the internship fair, Adekunle Adewole, LASU Center Coordinator, said despite initial lapses, the programme ended up a success.

Mr. Adewole said the feedback he got from participants was that the programme was a success.

“The aim of RSW (Ready Set Work) is to create a platform for final year students, higher institutions in Lagos State for them to stand on. And they will be heads and shoulder above all other students in the country because of the eleven weeks training,” Mr. Adewole added.

Seun Abimbola, a volunteer facilitator, said that the job fair was “unique.”

“It is one where a student actually gets a real life experience. I think that even employers have ample time to go through a number of students, even if they are not hiring today, they have CVs they can go through in future.”

Bakare Afolabi, a student from Caleb University, mentioned that the programme is “nice and it is a good opportunity”. He however was not happy that he could not secure an interview with any of the partner companies.

Adeleke Ajibola, a student from UNILAG, said that RSW is “great”. He, however, said the internship fair was crowdy. He was of the opinion that the fair could have been held in the three designated centres of the programme rather than at the single venue where it was held.

“We that came in later were at a disadvantage, because companies that I would have liked to interview with like Nestle, they already had people that they wanted, and I had to go to companies that were not related to my field.”