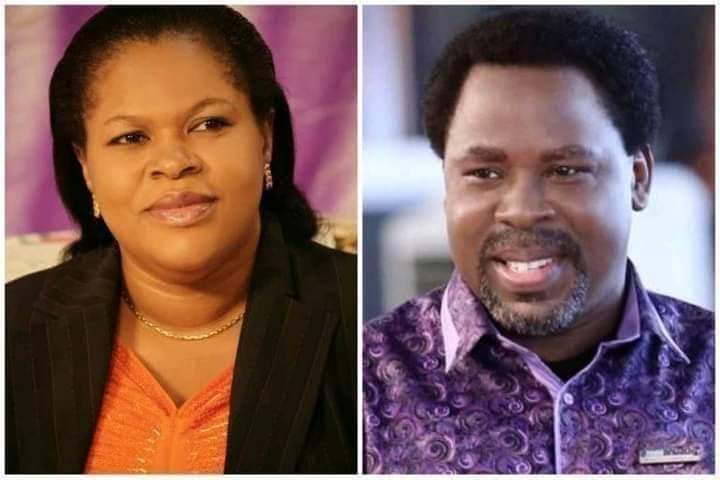 Our checks exclusively revealed that a national daily interview with Prophet Joshua, which turned out to be his last, is being cited as evidence that he never wanted his wife to take over as the leader of the church.
The meeting to pick a successor reportedly took place yesterday but was not conclusive, as most of the elders who are foreigners kicked against the idea of turning the church into a family business, an intention that is said to be against the will of the cleric before he died.

According to an elder of the church who craved anonymity, “Mrs. Evelyn Joshua was never part of the church leadership or hierarchy.

Handing over the church to her may signal a doom for the Synagogue.”

He insisted that most of the elders of the church are foreigners from all parts of the world where succession is smooth and easy, warning that any attempt to impose Evelyn on the church may force most of them to leave the church.

Prophet Joshua in the interview held that: “I would have loved my wife to be like me, but I cannot make her what I am, it is God. It is not possible for me to anoint her; God is the one that anoints people.

“I am a native of Arigidi Akoko, but as for my divine nature, I am a partaker of the inheritance of the saints, therefore, it is so difficult for me.

This is an apostolic ministry, it is not a ministry you read bible, go to theology school, and start preaching. No! It is purely divine. So it is so difficult for me to display my wife, she has to be ready for God. As much as you are ready for God, God will display her.”

According to the elder, it is this battle for succession that is now hindering the announcement of a new leader.
Prophet Joshua died on June 5, 2021, at the age of 57 years.

Still On the Usifo/Chidinma Case