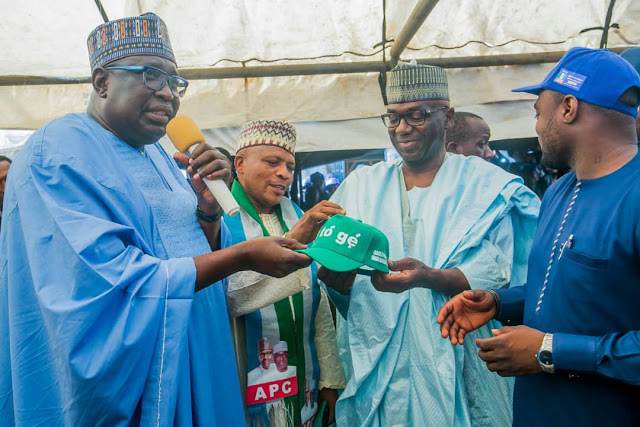 I am Abdulrahman Abdulrazaq, the Gubernatorial candidate of APC Kwara State and, Insha Allah, the next Governor. I must say yesterday’s incident was the fourth attempt to attack me. The first one was while we were campaigning for the House of Representative by-elections. The second was on December 25th, during the IEDPU Day. The third was last Thursday and the fourth, yesterday. During the IEDPU Day, we walked away calmly and urged our supporters not to retaliate. We didn’t do anything; we didn’t respond to their attack. Last Thursday, the same incidence happened and we urged our supporters not to retaliate. And yesterday, yesterday’s incident was very bad and I hope it doesn’t repeat itself again.

We are restraining ourselves because we don’t want to make things go bad, to turn awry. This is our Town; we won’t destroy it. We know they are not from here; they don’t care whatever happens. That’s why their policy is to destroy. If we go back to when they wanted to take power from Muhammed Lawal, it was through violence. Some of you that know me know that I contested under CPC, it was not known for violence, we did not attack anybody, we don’t go about with thugs. We lose election, we go back home and we come back again. That’s the way it is, it’s not by force. You can’t impose your will on the people. But what we have here now is people clutching to straws, a drowning man strikes the way he wants to. They are drowning, they are on their way out and they have no answer to what is going on.

Illorin has changed. Kwara has changed. People are decamping daily, there was a major decamping in Kaiama yesterday. Before that, it was Oyun. Before that, it was Ekiti. So people are coming into our party everyday. In trying to stem that, the only answer they have is violence, violence, violence but we’ll not go toe-to-toe with them in violence. We’ll keep reporting them to the law enforcement authorities. The police are doing very well, they are doing a good job, we want them to do more, and they have to be balanced in what they do.

In terms of what the PDP people are doing, I think they should put an end to it. They’ve singled me out and other APC candidates out for attack.

We know that they can’t achieve what they want to achieve. They can’t! We urge them to be peaceful, campaign like we are campaigning. You can see that they’re not campaigning. They have a gubernatorial candidate that is not campaigning, but a senatorial candidate that is campaigning like a governor. He keeps going from Kwara South to Kwara North, is he contesting for his 5th term? We really don’t know who is campaigning for what. They have proxies campaigning. The last time he brought Abdulfatah Ahmed as governor. We all know that Abdulfatah is not the executive Governor of Kwara, somebody who couldn’t tar a single road in Ifelodun Local government. Why do you expect the one they are bringing now to do any better?

There’s a lot of work to be done in Kwara State. They asked them about minimum wage. They said that they will pay and that they will even pay more. These are people that have not paid salary in 6 months, 1 year. And mind you, people have not noticed that last year’s budget was N190 billion, this year’s budget is N150 billion. If you can’t pay salary with N190 billion, how can you can you pay on N150 billion?

They’re a bunch of jokers, they are not ready to govern. They are only here to steal our money, so we have to vote them out. O to ge!