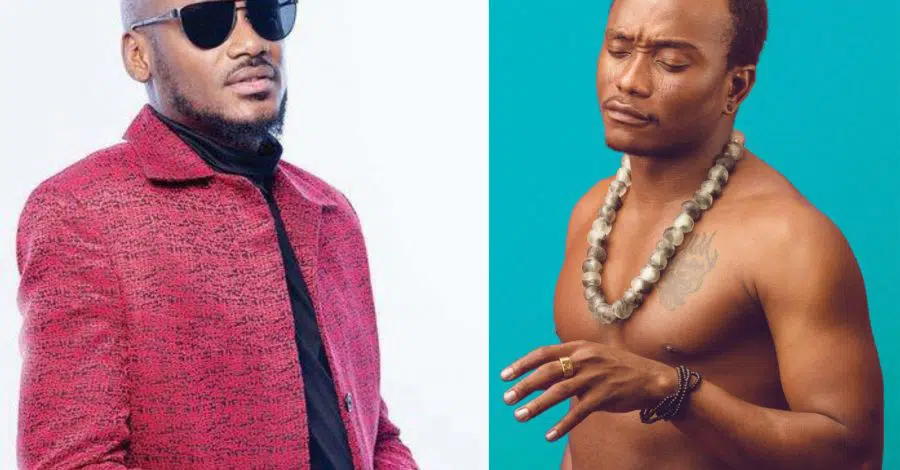 Tu Face made the demand after Brymo accused him of physically assaulting him.
Brymo also alleged Tu Face of accusing him of sleeping with his wife, Annie.

In a statement released by Tuface solicitors,
“The baseless and false accusation has caused unspeakable distress to our client (Innocent Idibia) and his family.

You have also caused estimation to be lowered in the estimation of his friends, business associates and wilder members of the public and further caused him a significant loss of business,” part of the letter read.

“Should you fail or refuse to meet our demands, we shall perfect our client’s instruction and pursue redress by seeking no less than one billionaire naira in damages against you in court,” the letter concluded.

Brymo is yet to react to the suit.

Brymo narrates how 2baba accused him of sleeping with Annie