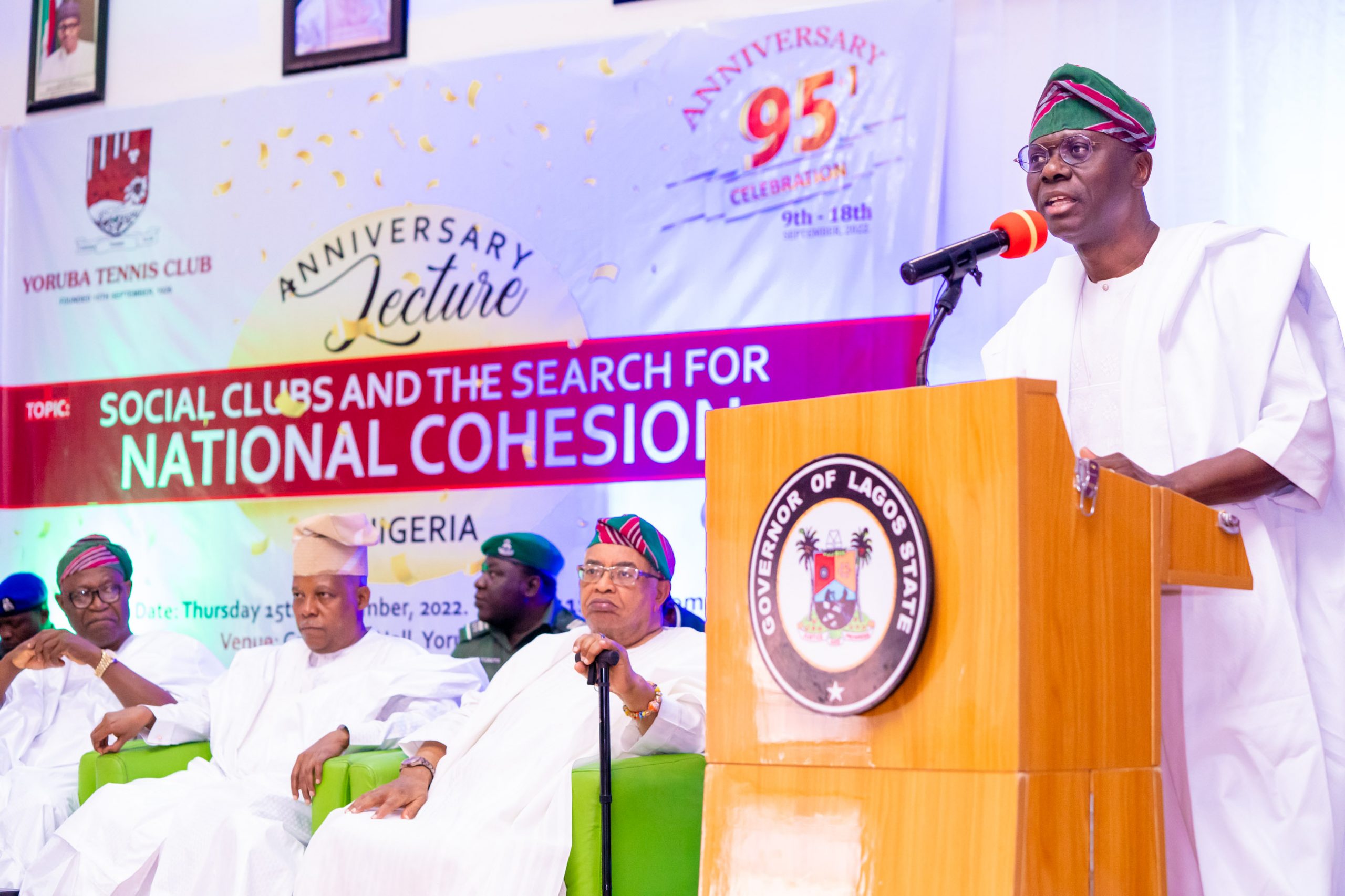 Speaking during the 95+1 anniversary lecture of the Yoruba Tennis Club held at the club’s Greeting Hall in Lagos, Governor Sanwo-Olu and Shettima urged Nigerians to vote for capacity during the 2023 presidential elections and shun religious sentiments.

Governor Sanwo-Olu, who urged Nigerians not to allow religious division, especially with respect to the APC Muslim-Muslim joint ticket for the presidential poll, said electing the next President of Nigeria should be about leadership, character, audacity to think and ability to think deeply and solve problems.

He said: “There is nothing in the issue of a Muslim-Muslim Ticket. I am a Christian and my wife is a Christian but we know too well that it is not about religion. We have forgotten that in 2011 the Action Congress of Nigeria fielded Mallam Nuhu Ribadu and his vice presidential candidate, Mr. Fola Adeola in a Muslim-Muslim ticket. We did not see any problem at that time.

“We do not want to despise other candidates. We all know too well what their antecedents are. We all know too what their credentials are. But we know that as a nation, we need a strong launch pad. We need to think out of the box and be able to put our best foot forward.

“I want to thank the leadership of the Yoruba Tennis Club again for making the right choice by inviting Senator Kashim Shettima to deliver the anniversary lecture. We are celebrating 96 years now and let it be on record that by 2026 during our centenary celebration, by the grace of God, we will have Asiwaju Bola Ahmed Tinubu coming here to celebrate with us as President on our centenary and of course by your grace and your support, I will still remain as your 15th Governor, coming here and celebrate in four years time and all of you will be here.”

Governor Sanwo-Olu also charged Yoruba people and residents of Lagos State to work toward the emergence of Asiwaju Tinubu as the next President of Nigeria. “We deserve to produce the next president. In Lagos we deserve it. Lagos requires it and it would be by the grace of God a bigger, better and stronger nation and state that all of you would be truly proud of to have been part of,” he said. 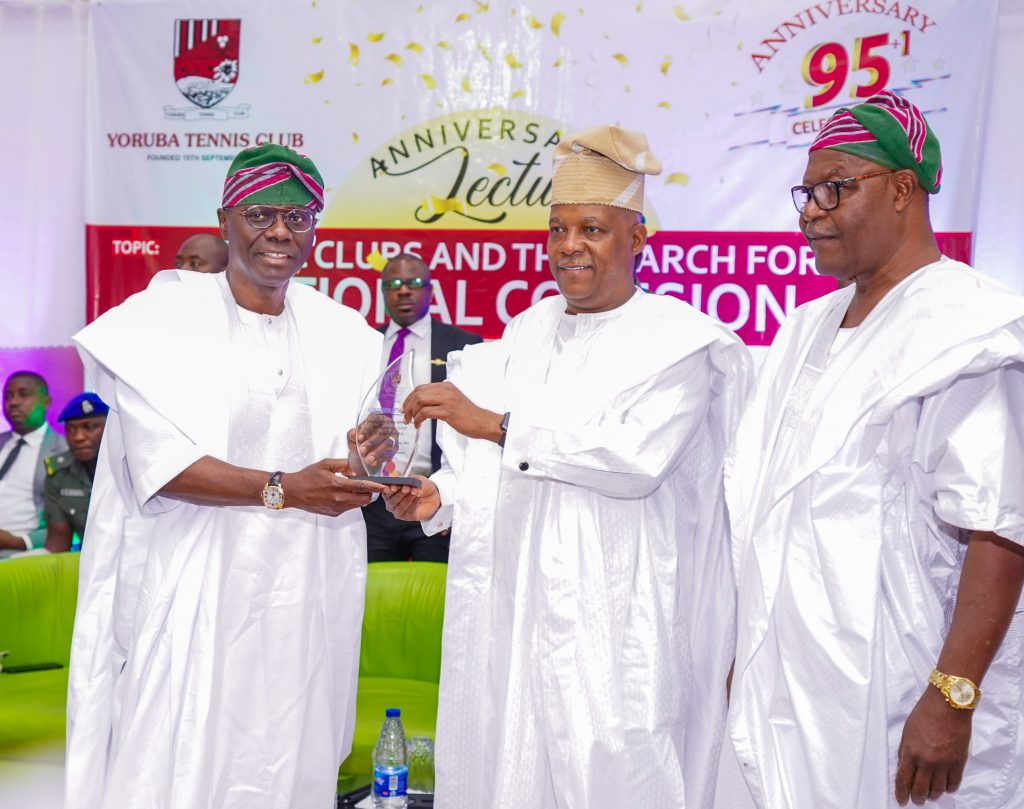 Shettima, a former Governor of Borno State, said the Tinubu-Shettima ticket was dedicated to the building of a progressive and united country, that would allow for harnessing the very best that the country had to offer, adding that candidacy will rekindle the spirit of patriotism and draw on all the positive lessons from the commendable history of the Yoruba Tennis Club.

He said: “We have seen the emergence of Asiwaju Bola Ahmed Tinubu as the presidential candidate of the APC. We are convinced that the general political situation in Nigeria needs the competencies of a detribalized and committed Nigerian, like, ABAT (Tinubu), to re-ignite the requisite values that can help us rededicate ourselves and all Nigerians to collectively tackle the challenges of national cohesion.

“The 2023 general elections are just a few months away and Nigerians have a choice to make, in the determination of our destiny. 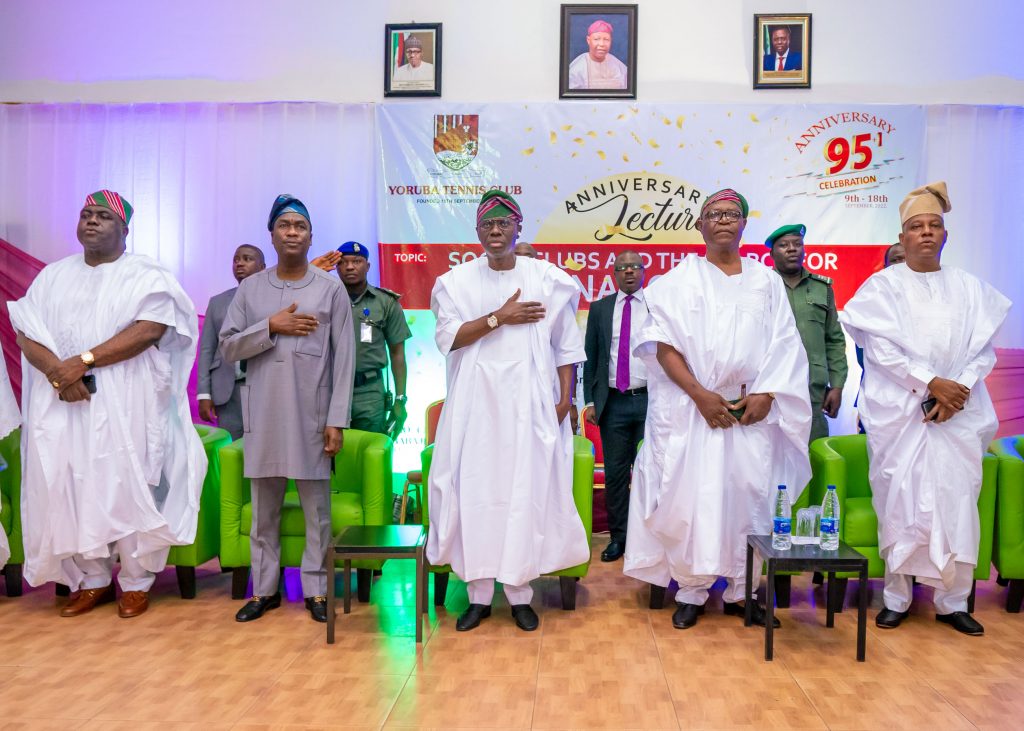 ”We need a leader that has established such records of excellence and commitment to good governance. There is no one, with all due respect, that fits this than Asiwaju Bola Ahmed Tinubu.”

Shettima also commended Yoruba Tennis Club’s leadership and members for sustaining one of the foremost social clubs in Nigeria in the last 96 years.

“We must get our politics right, in the same patriotic manner that the Founding Fathers of the Yoruba Tennis Club, and their successors, got it right, and have kept it going for 96 years. Social clubs play a vital role in the process of national cohesion.

“Inadvertently, you (Yoruba Tennis Club) have taught the lesson of brotherhood and enduring legacy having survived all the challenges of the past 96 years. This statement of success and continuity is a lesson we must take on board if we are to build a great country,” he said. 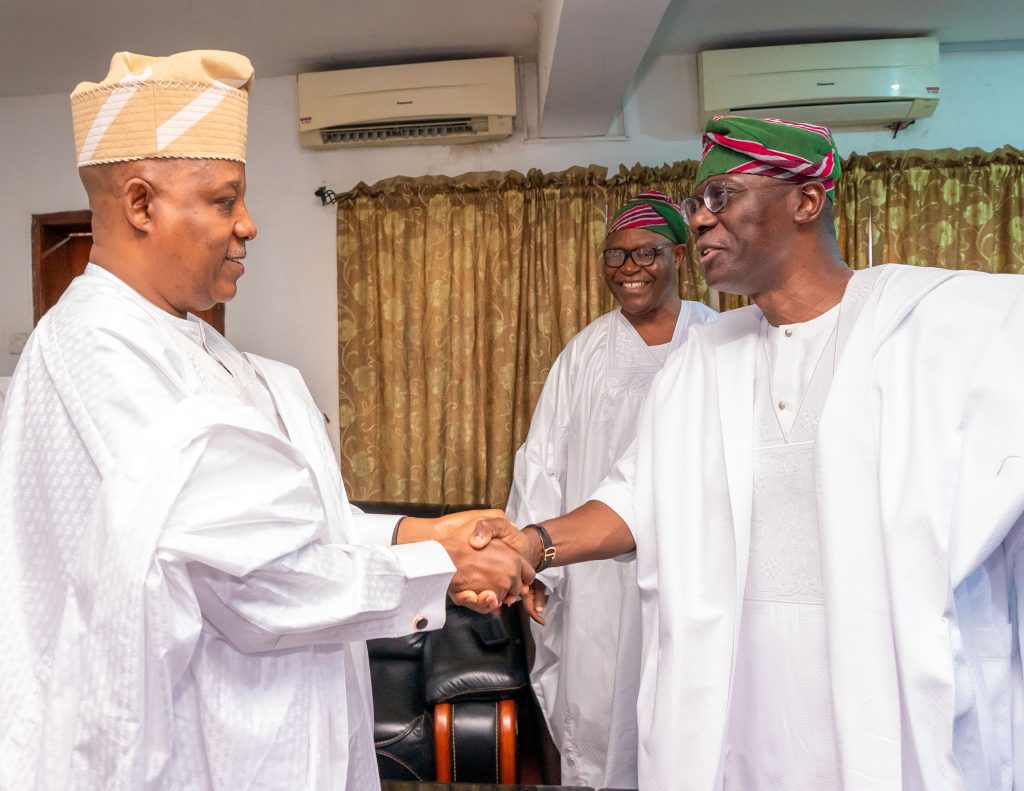 In his address, the Chairman of the Yoruba Tennis Club, Chief Babajide Damazio, said the club since its existence in 1926 has witnessed many seasons of bloom and gloom, and therefore enjoined members to continuously celebrate the essence of their togetherness.