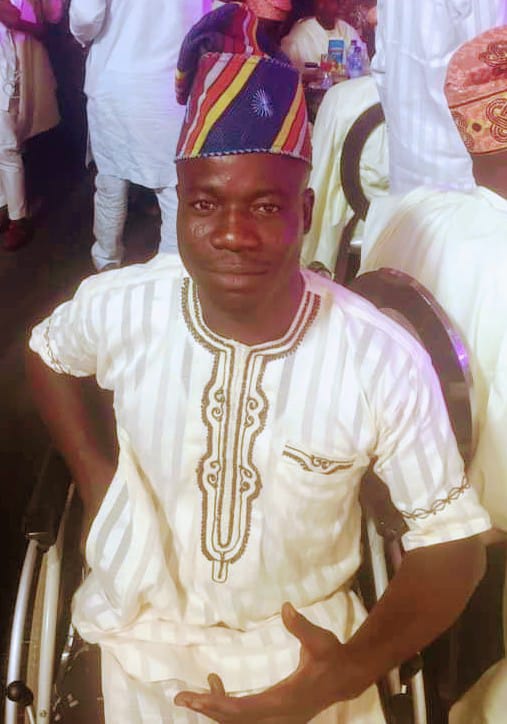 A physically challenged man, Wasiu Nurudeen has called on Governor Seyi Makinde and other party leaders not to allow the wish of some political gladiators on imposing candidates to reign supreme over the wishes of the people.

Wasiu, a stalwart of the Peoples Democratic Party (PDP) in Ibadan North Local Government Area stated this in a statement he issued on the impasse that arose over consensus and imposition of candidates in many local governments and constituencies across the state.

He also commended the party chairman in Ibadan North, Prince Seun Adelore and Chairman of the local government, Hon. Shuibu Oladayo Agba Egbe and some leaders in Ibadan North, for adopting the primary elections to pick candidates for various elective positions.

This, according to him will further move Ibadan North forward and foster unity among party members, and make the local government victorious in the general election.

Wasiu said that the best option is for the party to adopt primary rather than consensus or imposition of candidates, to allow aspirants test their popularity based on their political antecedents.

He however, noted that whoever emerges as the party’s candidate provided such is a product of primary elections would be generally accepted and supported.

While pledging his support for Governor Makinde, he urged him to invite all the aspirants for an urgent meeting to resolve the issue.

According to him, “I want to appeal to Governor Makinde and leaders of the PDP to give room for primary elections, where the wishes of the people will prevail because the governor too is a product of democracy.

“In many cases, consensus or imposition of candidates is a major cause of downfall of political parties. We should not forget in haste, what caused the downfall of the All Progressives Congress (APC) in the state in 2019, when the late former governor Abiola Ajimobi imposed candidates on the party for the elections.

“I want to say emphatically that Governor Makinde and leaders of the party should allow primary elections in Oyo South Senatorial district, consensus might not give us the preferred candidate, same goes for other senatorial districts.

“The governor should however call a meeting of all the aspirants, leaders and stakeholders of the party to resolve the issue of consensus and imposition, and allow for primary, to guide against future consequences through legal tussle and other political logjam.

“I want to also commend the party chairman in Ibadan North, Prince Seun Adelore and local government chairman, Hon Shuibu Oladayo Agba Egbe and some leaders in Ibadan North, for adopting the primary for candidates to emerge for various elective positions.

“This will further move Ibadan North forward and foster unity among party members, and make us victorious in the general elections.”

2023: Oyo PDP May Lose Credibility Over Method Of Primary Election